Stephen purchased this 1970 Oldsmobile Cutlass W-31 in October 1993 and enjoyed it as a stock muscle car for a couple of years until it was modified to be a street/strip small block pounder.

The car was a blast to drive on the street and at the drags; dumping the clutch at 6500 it ran 12:30’s @ 108 MPH at Lebanon Drag-way in New York. The car has been off the road and apart since 2001 but has recently been restored to completely stock in 2018 by Garner Customs & Restorations in Sarasota, Florida, with Stephen consulting the restoration.

The car has only driven 300 miles since the restoration was completed. The frame-off rotisserie restoration was unveiled at the 2018 Muscle Car and Corvette Nationals in Rosemont, Illinois. It earned a Concourse Gold award and was showcased in the W-31 invitational, which was the largest gathering of W-31’s ever under one roof (around 20). It has also won Best Oldsmobile at Muscle Palooza in Spring 2019.

This car is 1 of 1029 Holiday coupes built-in 1970 with the W31 option. It still has the dealer delivery sheet and protect-o-plate. Other options include a factory AM radio, factory console, and manual disc brakes. The Paint code is 55 Galleon Gold.

Many NOS parts were used on the restoration that Stephen have been collecting for years such as;

It still has the original shifter ball from when Steve raced the car and a concourse Gardner exhaust system to top it off.

Detailed description of the W-31 options On Stephen’s Cutlass; 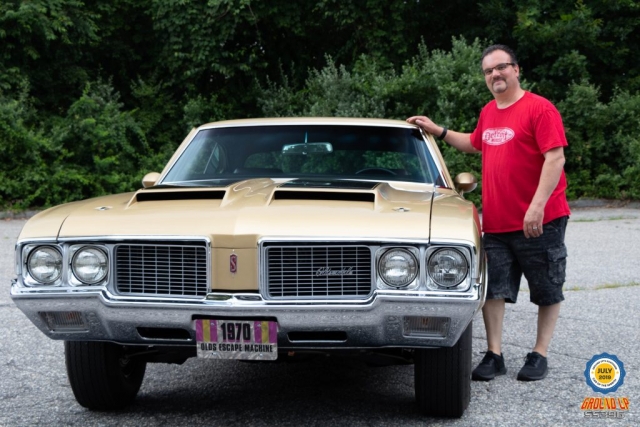 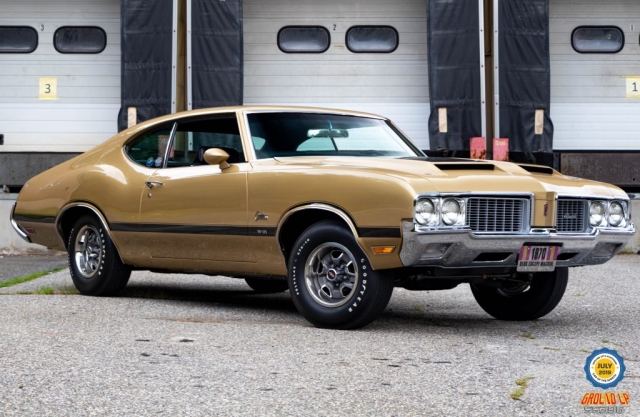 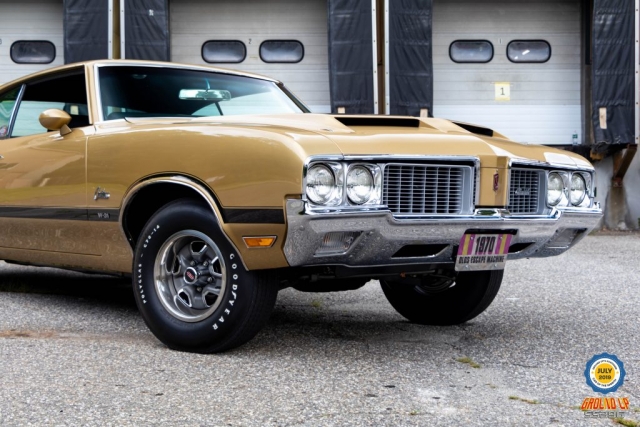 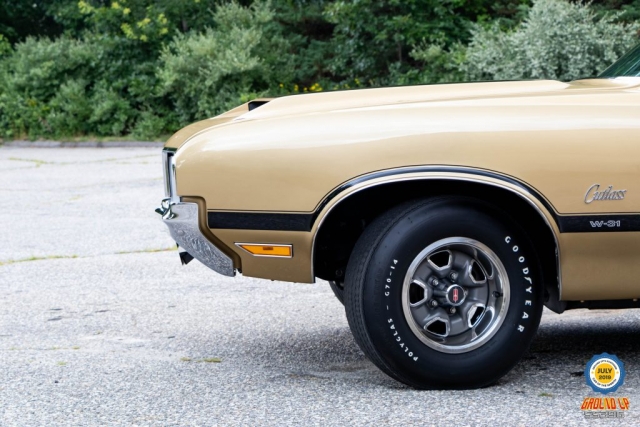 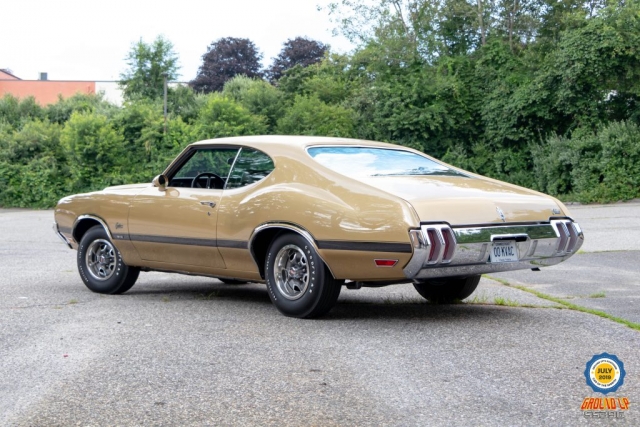 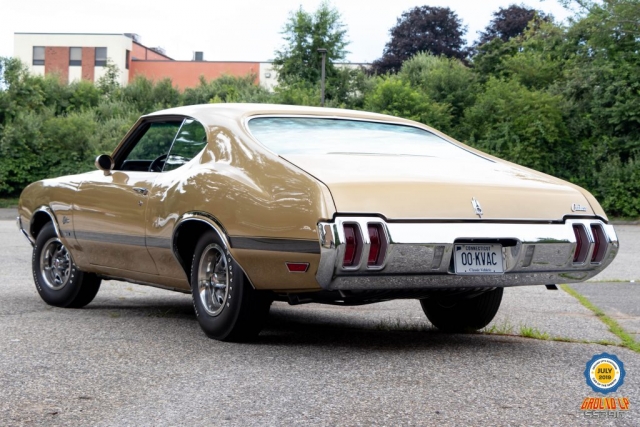 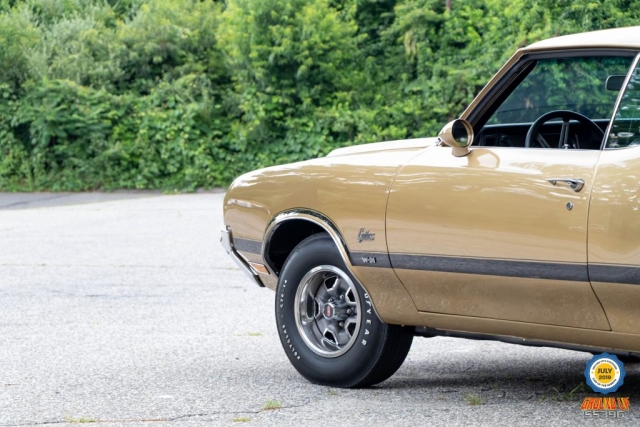 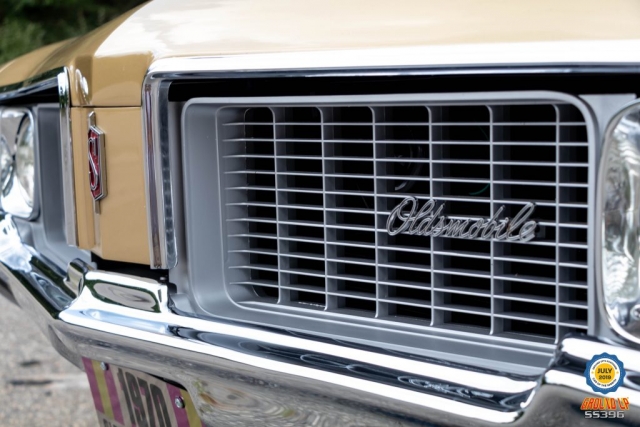 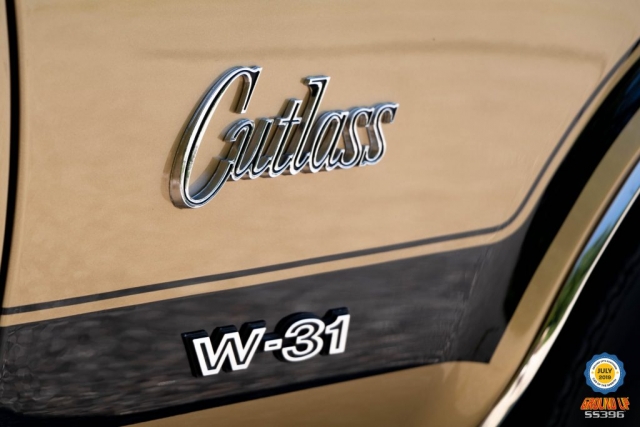 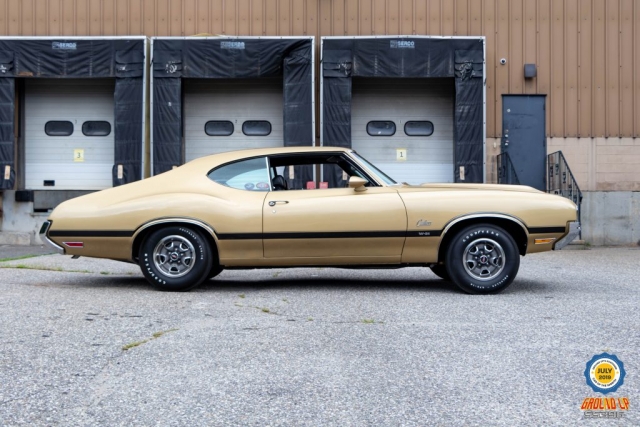 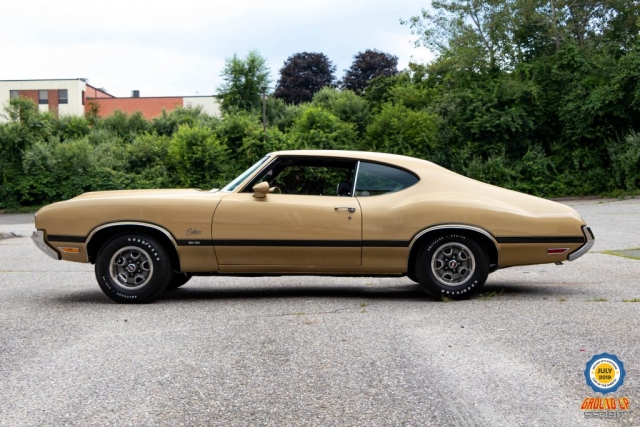 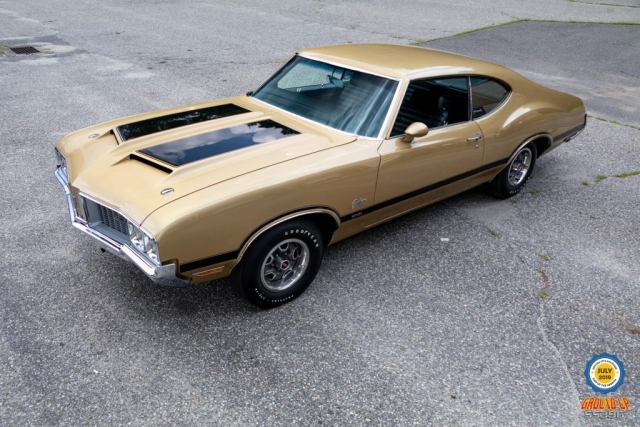 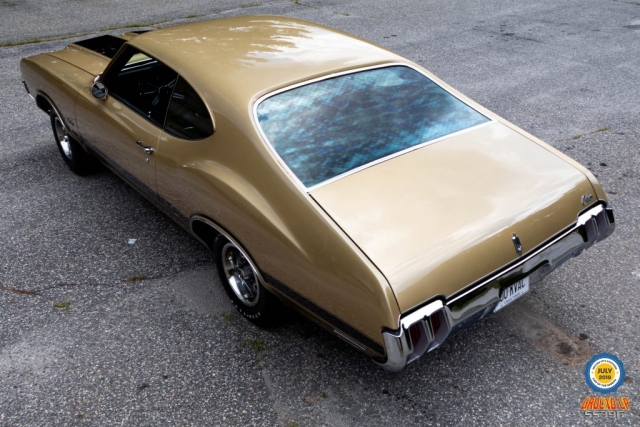 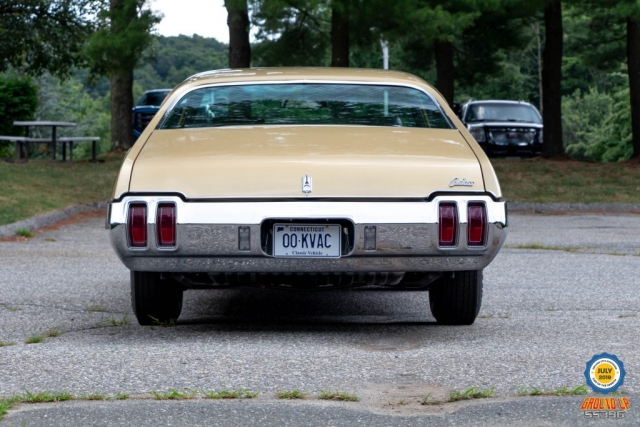 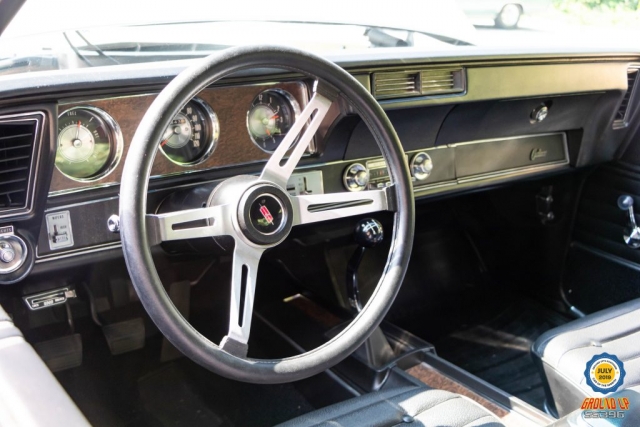 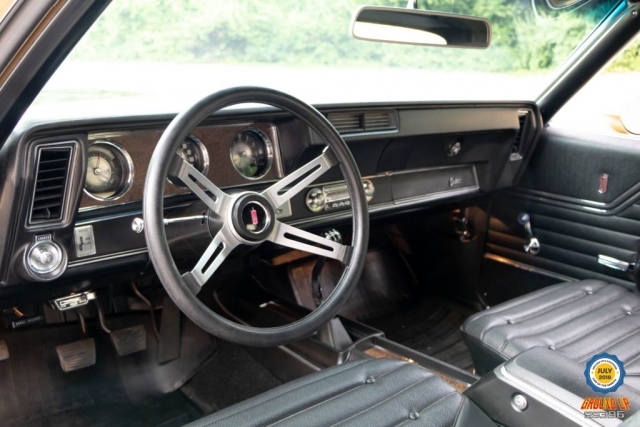 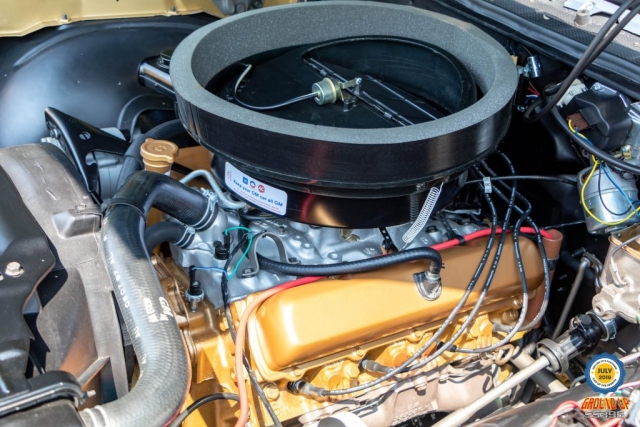 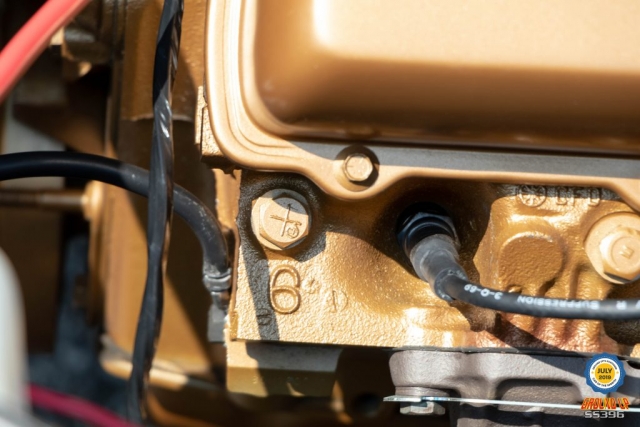 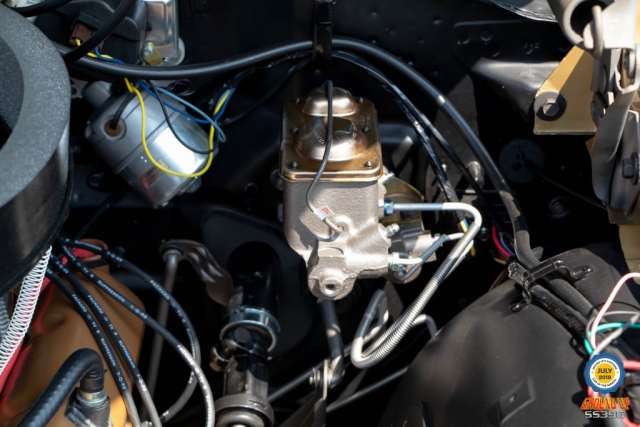 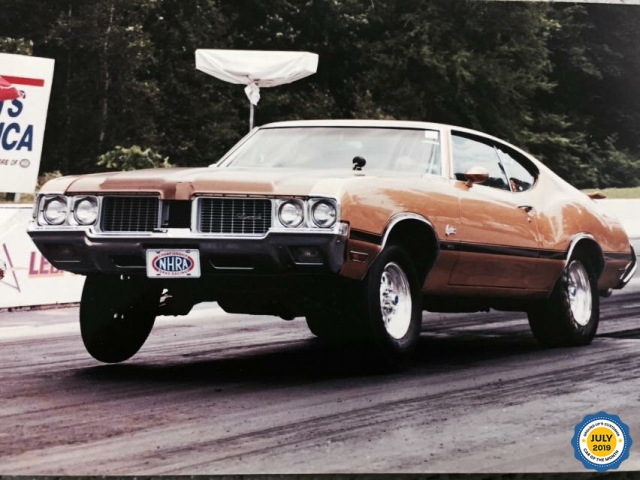 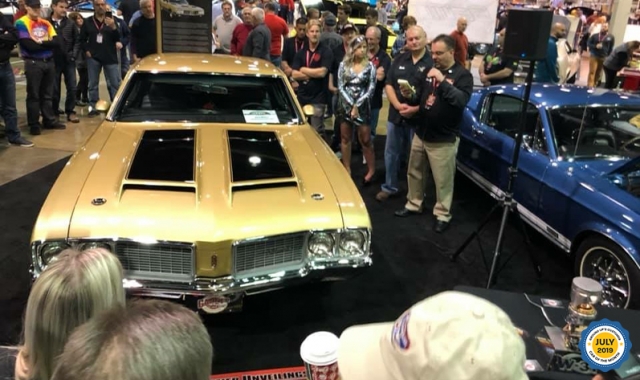 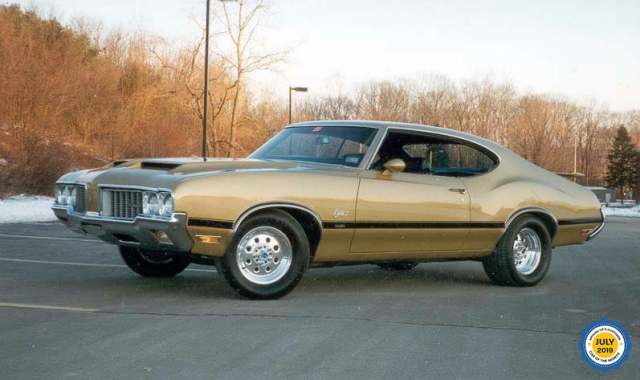 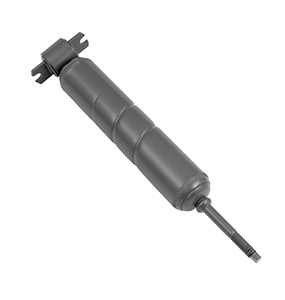 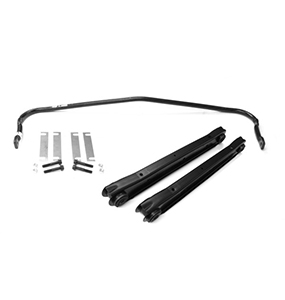 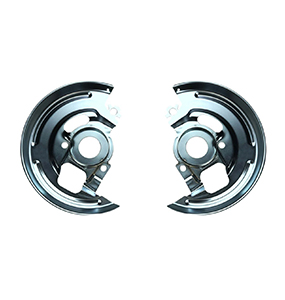 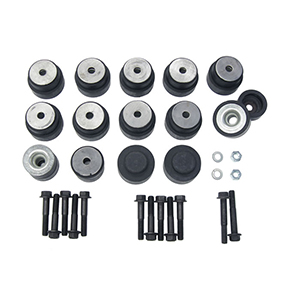