This 1968 Camaro’s restoration job was essentially complete when Kevin purchased it in 2014, but as we all know when you pick up someone else’s project that there are certain aspects that might need to be changed.

That is exactly what happened with this 1968 Camaro, as Kevin didn’t like some of the parts and equipment that were chosen for the build. He used to own a ‘68 Camaro when he was younger, but that particular one was stolen as he lived in the city at the time. Because of his love for this model year, he figured he might as well make this one into his own perfect example.

“I loved that car so now I guess I’m just living in the past but that time in my life has great memories.”

This 1968 Camaro is equipped with a GM ZZ502 crate engine that also has twin superchargers for some extra punch to the tune of 1000 hp. All of that extra air needs extra fuel as well, so he upgraded to a Holley fuel injection system in order to ensure the engine is being properly fueled. The power is put to the ground via a T56 6 speed transmission and into a 12 bolt rear end with 3.73 gearing.

The suspension and handling also needed to be upgraded accordingly to handle the extra horses confidently, so this Camaro has been thoroughly gone over with extensive upgrades. It has been mini-tubbed for extra tire width and converted to a 4 link rear setup, and the inner body frame connectors welded. Aftermarket control arms and Hotchkis sway bars round out the rest of the component upgrades.

Completing the package is an Air Ride suspension system for the best of handling and comfort, depending on what he wants to do. Stopping power has been increased by utilizing a Wilwood disc brake conversion system with Hydroboost. Wide Forgeline three piece wheels are the perfect match to the rest of the mods and the theme of the Camaro.

Kevin couldn’t leave the interior stock, so the 1968 Camaro has received a completely custom cockpit as well. He has a set of Corbeau racing bucket seats which have been reupholstered in factory Houndstooth material, while an aftermarket steering wheel and shifter round out the necessary “driver mods”. Instrumentation is modernized via Autometer Cobalt gauges, as the original gauges would not be up to the task.

Other comfort and convenience mods include a variety of items. Custom power windows and door locks are a must, and when Kevin doesn’t want to only hear the whine of those twin superchargers, he can fall back on a custom sound system with a screen mounted from the dash and additional kick panel speakers. An aftermarket console helps to tie it all together into a cohesive interior theme.

The exterior of this 1968 Camaro gives off just enough subtle cues that let people know it isn’t stock. The stance provided by the Air Ride system looks aggressive when parked on the 3 piece Forgelines, while the dark window tint brings the black and white theme together with the subtle black SS nose/side stripe and 502 engine callout on the fenders. Lastly, the RS front end is the cherry on top that really sets off the aggressive exterior styling.

While these projects are never truly “done”, this Camaro is about as complete as someone could ever want! 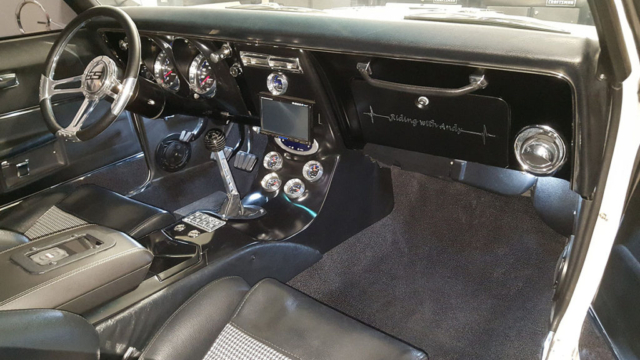 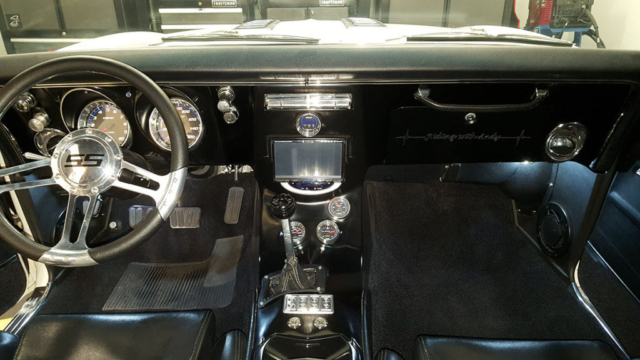 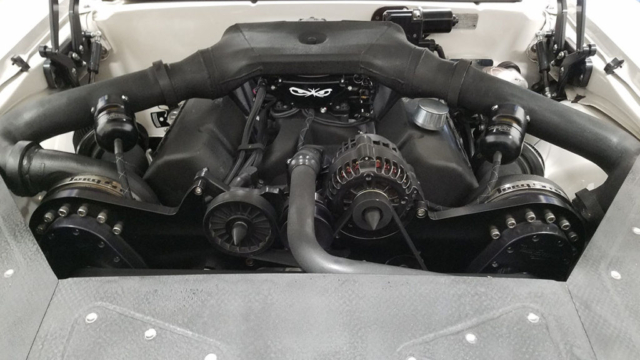 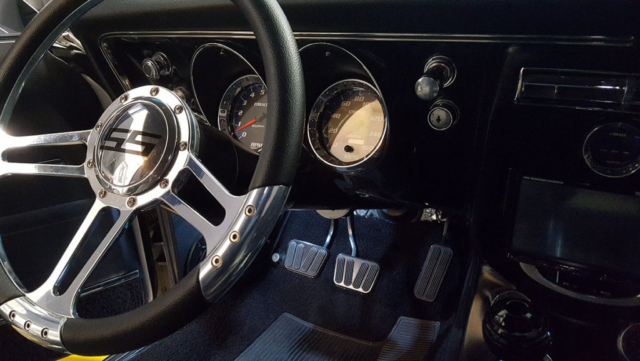 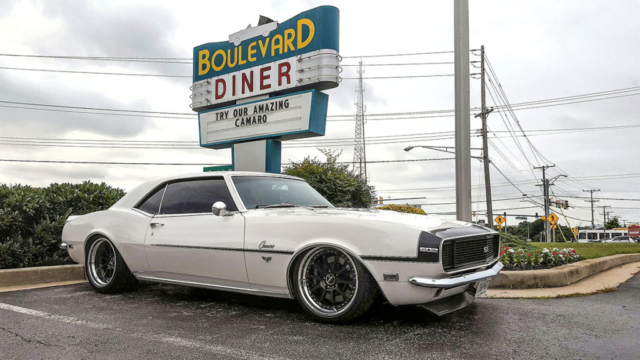 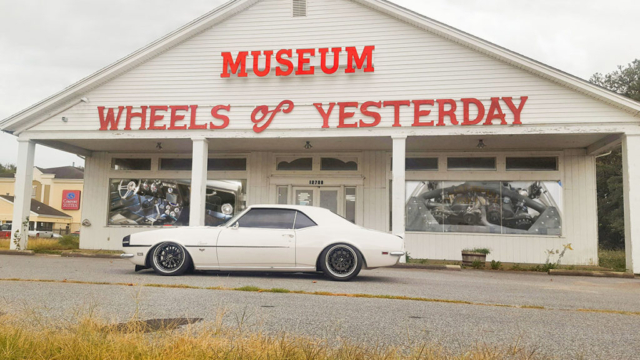 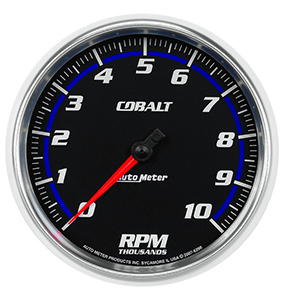 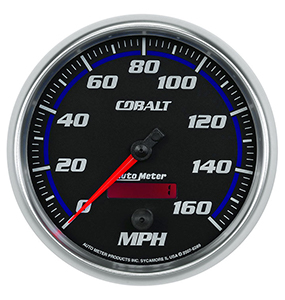 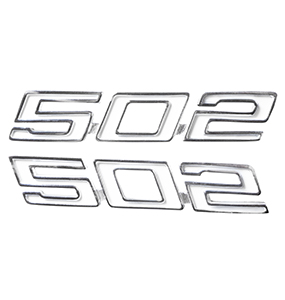 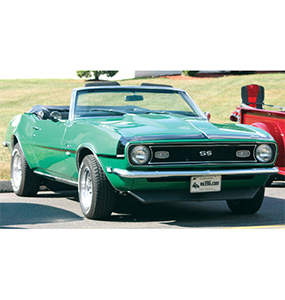