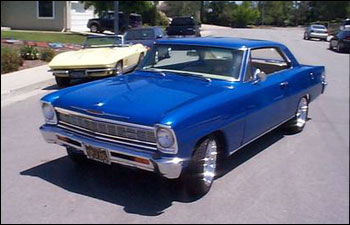 The car needed a lot of work when his Jamie purchased it. It was all original but in rough shape, some rust around the back window, dented front bumper and fender, some dings and dents here and there on the body, totally trashed interior, engine compartment with the original 6 banger was extremely dirty — but all in all, it was a solid car.

Over the year and a half restoration, every nut and bolt was removed, and either restored or replaced back to original condition. Together, Jamie and John did all the work except the engine rebuild. This included replacing the interior, headliner, carpet and seat reupholstery; the undercarriage was totally stripped and painted; the body was stripped of the old paint, primed and painted PPG BC/CC Cobalt Blue. The original engine was sent out for rebuild and returned to them where we painted and polished everything for reassembly. John tells us that the only non-factory original items on the car are the stereo with 6 speakers, the steering wheel and the tires & rims. John comments about his son,

“He gets lots of looks and comments when driving his machine around town. We were asked to tell our story previously which was printed in Eastwood Restoration catalog July 2006.”

Be sure to check out their full restoration page and more pictures at https://www.cardomain.com/ride/763118.

If only more young guys and their fathers got involved with these cars, the streets (and more importantly the high school parking lots) would be much more interesting!!! They are currently working on John’s 1966 Chevelle SS. We hope to see some pictures of that when its done!

Check out these photos taken by Jamie! 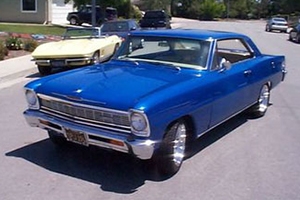 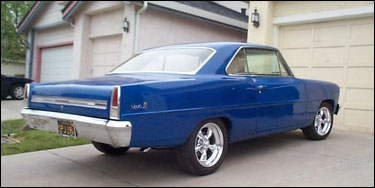 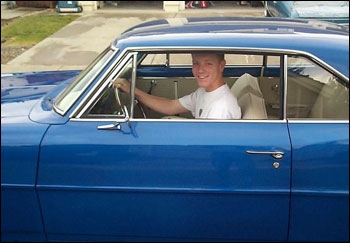 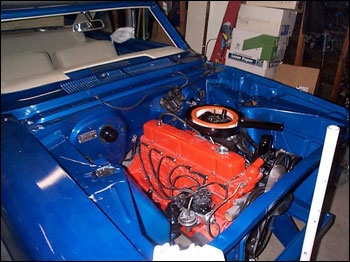 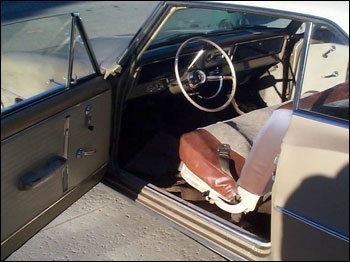 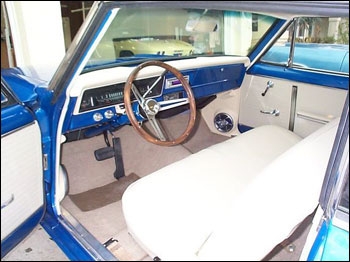