Dave purchased this 1969 Chevelle all the way back in 1979. He was a 15 year old boy at the time and had saved up the $700 asking price for the 1969 Chevelle with the earnings from his paper route.

Spark is provided via a modified HEI distributor with an MSD 6A box, while a Jegs mini hi-torque starter with remote solenoid gets the engine cranking. The Powerglide transmission has been exchanged for a ’69 dated Muncie M21 4-speed with a Centerforce dual friction clutch while being rowed through a Competition Plus shifter. The 3.07 rear gear is also now a 12-bolt posi unit with 3.73 gears.

This isn’t the only engine swap Dave has performed on his old 1969 Chevelle, as he claims to have gone through roughly 11 different engine setups during his ownership, and it most certainly won’t be the last set of running gear he chooses to use. He is currently focused on dialing in the Chevelle to be a reliable daily driver so that it can be driven anywhere worry-free. He says that the timing and carburetion have been dialed and the new aftermarket starter helps with reliable starting.

The interior is a different story however, much of it retains original 1969 components, aside from the headliner and carpet which were replaced in the 1990s. He had taken a friend’s wrecked 1969 Chevelle SS and redid the red bench interior with black buckets and the factory SS gauge package. The larger factory sway bars were also donated from that wreck.

Dave drove this 1969 Chevelle all through high school and college during the 1980s, fixing it up and modifying it whenever he got the chance. When he moved from Bellevue, WA in 1988 to the bay area of California, the Chevelle stayed at his parent’s house until 1992, when he would take it on a 13-1/2 hour cruise to his new home in Fairfield, CA.

By 1996, he would uproot once again with his Chevelle and family to the Indianapolis, IN area where it stayed until 2020. The Chevelle would once again return to Washington state with Dave and the family headed to their new home.

This 1969 Chevelle was originally white with a red interior and black vinyl top, but Dave’s altered the exterior extensively over the course of his ownership. It still has a black vinyl top, but the exterior paint has been changed over to red with black SS stripes. Back in the ‘80s, he purchased an SS hood from a neighbor for $20 dollars and received much of the rest of that other car for free 6 months later. In 1988, he hand block sanded the Chevelle, and afterward, his boss went on to paint the new red exterior in an airplane hangar. That paint job is what the Chevelle can be seen sporting today. 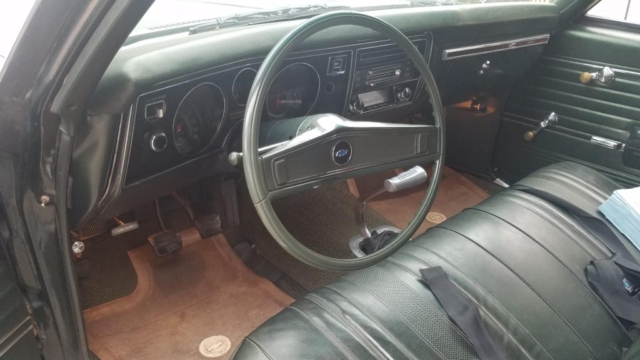 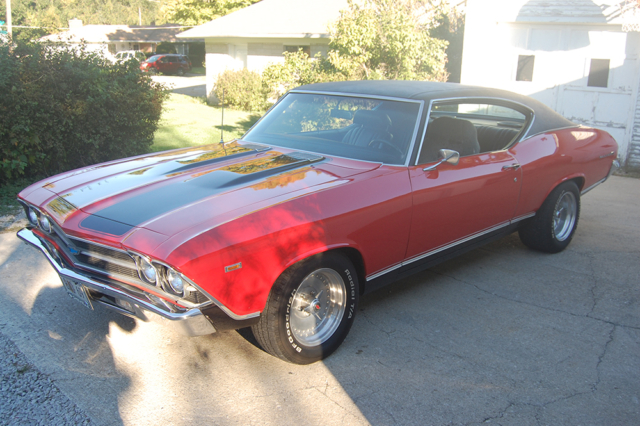 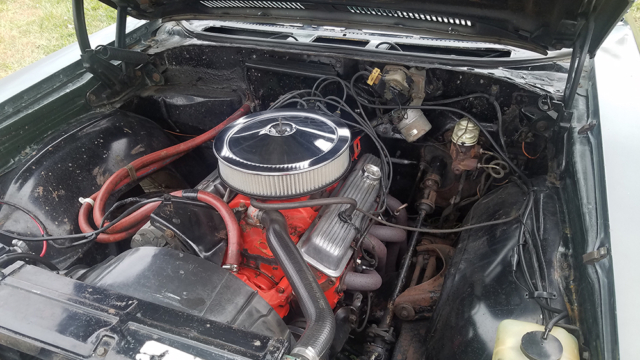 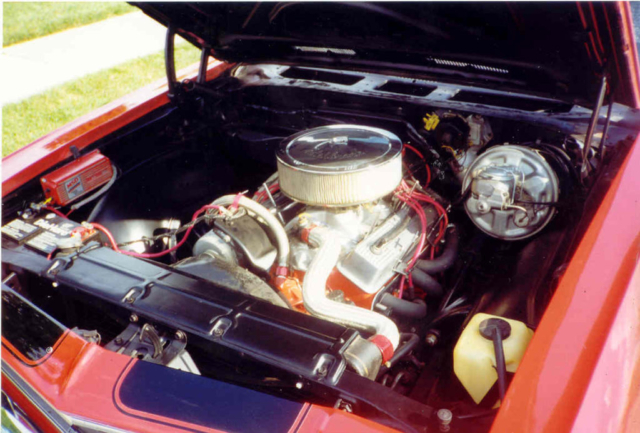 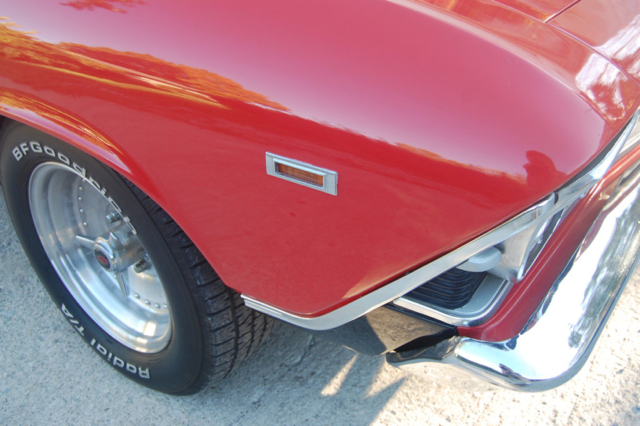 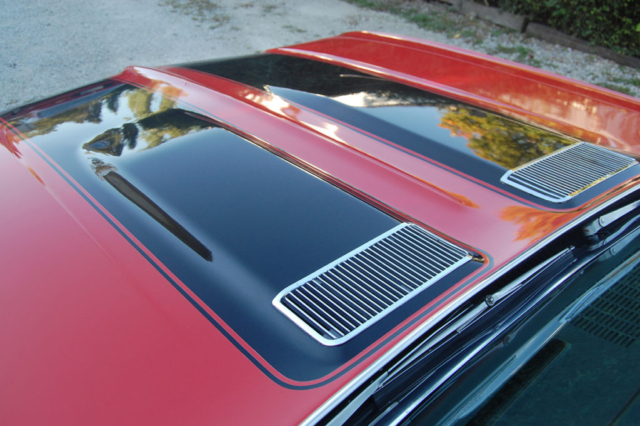 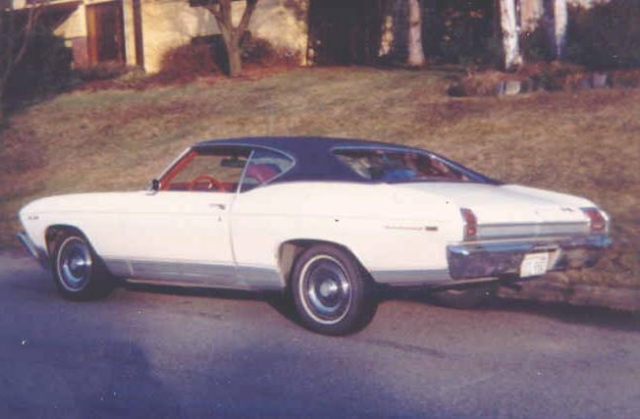 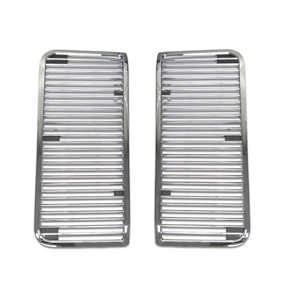 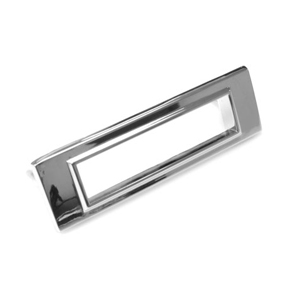 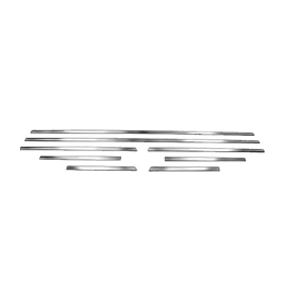 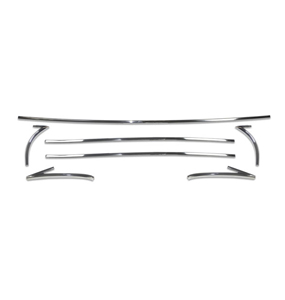 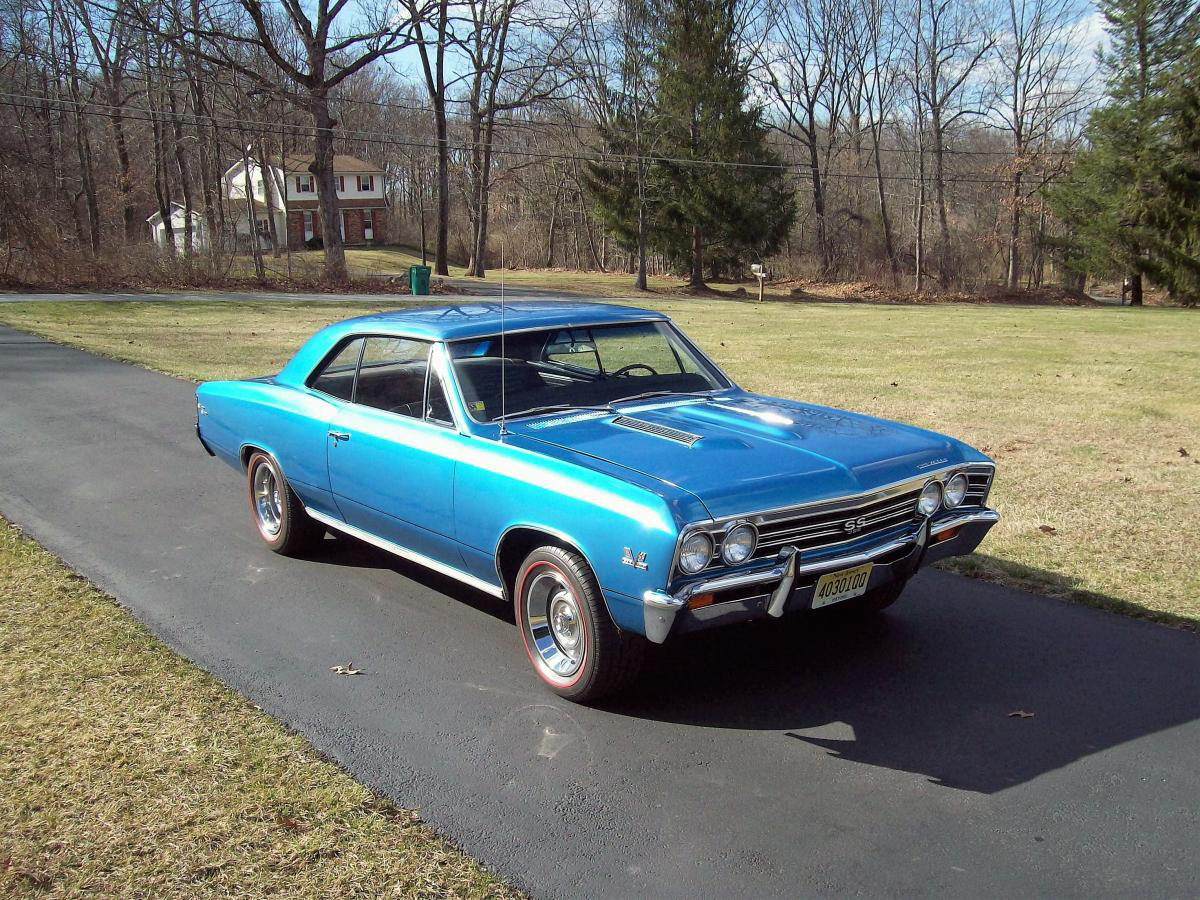 I purchased the 1967 Chevelle from upstate NY and was told the car had its credentials. I don’t think the past owner knew the car had a body off because 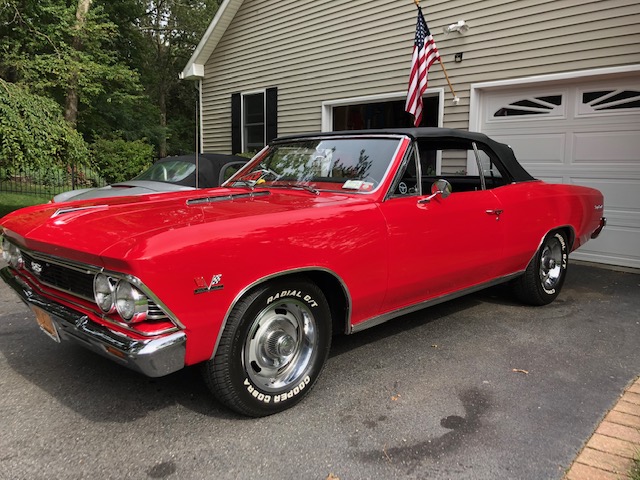 John was tipped off about this 1966 Chevelle from some of the retired regulars at the local bagel shop one eventful day. They knew John was into cars and asked 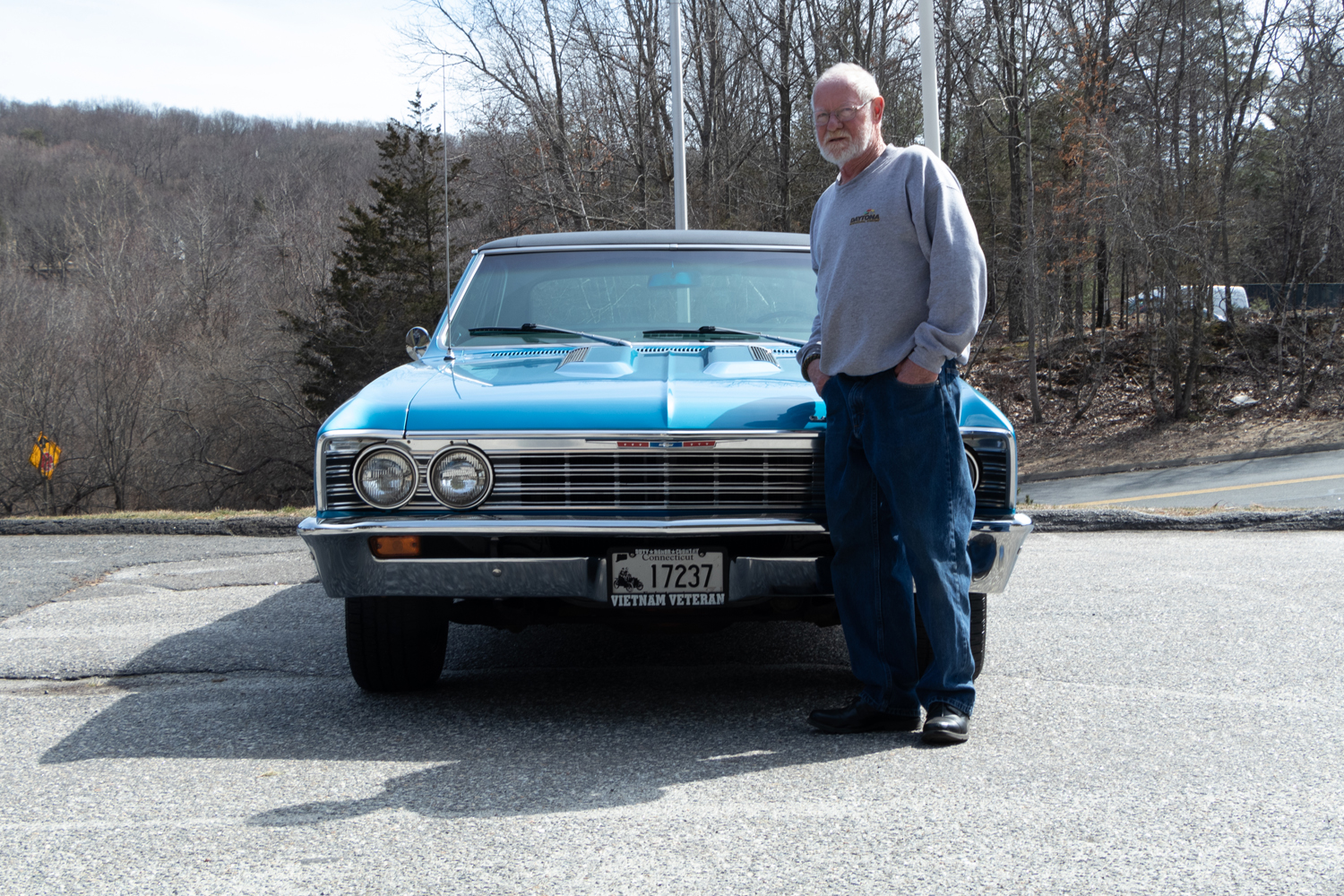 We had the pleasure of meeting Wally and checking out his beautiful 1967 Chevelle Malibu. Every once in awhile we are fortunate enough to have some of our customers stop 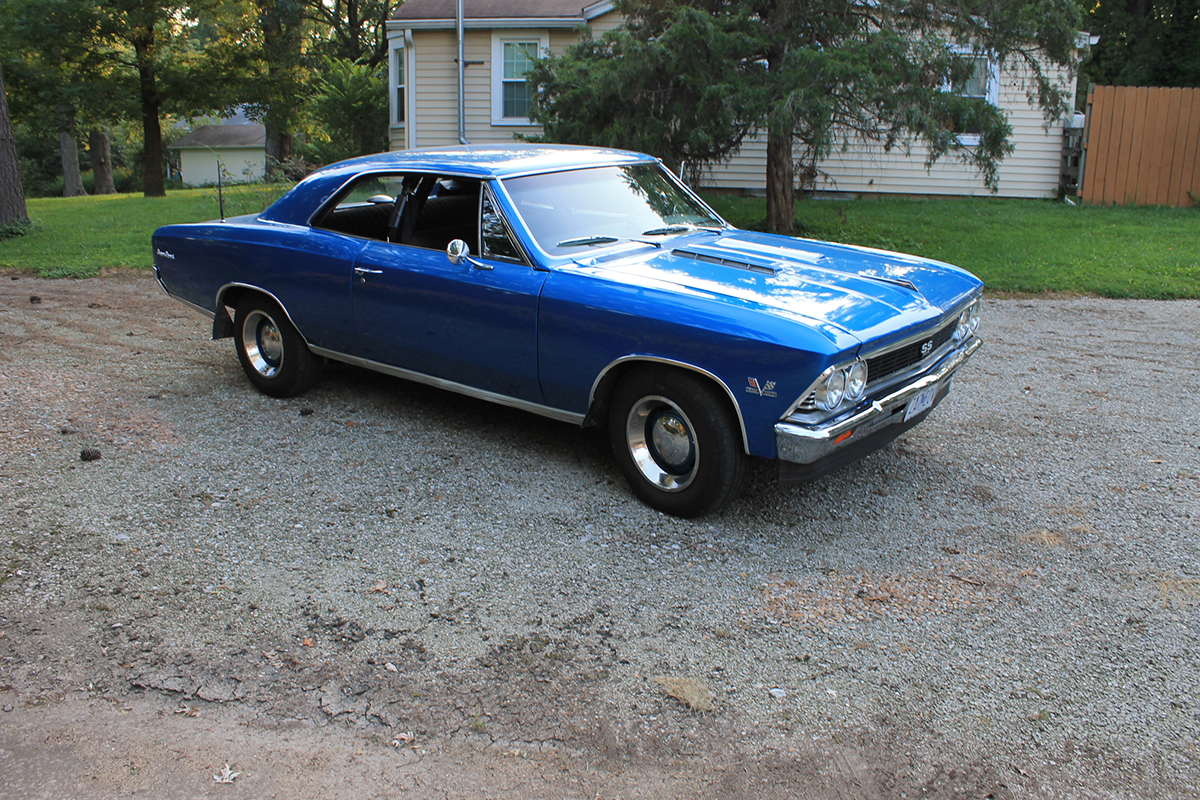 In 1983, a good friend was building a 1966 Chevelle from two 1966 Chevelles he had. He kept what he wanted and sold the rest to Joseph. It’s an original