Bryan’s 1972 Chevelle was actually Bryan’s wife’s Aunt’s car that she had driven in high school. It had been parked at her father’s place and she was looking for help selling it.

Bryan’s wife is not a car person, so all she could tell Bryan was that it was red and it was a Chevy. Her aunt had parked the 1972 Chevelle back when she bought a ‘60s Mustang, so it had been sitting for about 15 years under a tarp in the back yard. Bryan took the tarp off and gave it a once over, liking what he saw.

“I knew I was certainly going to help her sell it…. TO ME!”

The tarp had done a number on the paint, but the glass and trim was in good condition. Apparently the engine did run, but not during that visit. Remarkably, the body, floor, and frame were all relatively rust free for having sat outside exposed to the elements for so long. A fair price for everyone was negotiated, and with the help of Bryan’s friend with a tow dolly the 1972 Chevelle was off to a new life.

The original engine and transmission were long gone, while the units that Bryan received with the 1972 Chevelle were pretty beat up, leaky, weak & lazy. At the time, he worked for a performance dealer, so sourcing a late model 5.7L small block core for a rebuild was relatively easy. He picked up a GM hot cam kit, Air Gap intake, and Holley carburetor to spice up the 5.7L. The transmission was swapped to a new beefed up 700R4 to accommodate the extra power. This combination has stood the test of time, as the swap was performed nearly 20 years ago now and has regularly been beat on over the years.

“I built my car with spare money I could stash from side work and swap meet parts jockeying. Every year I would have a specific project I would save up for and get accomplished. Over the 20 years I have owned it, just about every part under the body has been touched. Because I have a strict budget, I have used parts from many other donor cars or swap meet finds.”

He has since ditched the carb and converted to Holley EFI about ten years ago, finding many essential components on either eBay or from scouring the GM parts catalog (typically for sensors, connectors, etc.). A great friend engineered the system and got it functional.

The custom job doesn’t just stop with the engine and mechanical work, either. Bryan’s gone all out on the interior of his 1972 Chevelle. The interior is sourced from a 1970, and a typical round gauge conversion has been installed. It starts to differ once the console is in view. It is a homemade console that Bryan made in his garage, with a lightning rod shifter from Kilduff Machine with handles Bryan made himself as well.

The rear end has been swapped with a unit from a ’69 with has 4.11 gearing. As far as the suspension is concerned, Bryan’s rebuilt the front end using pieces from PST, added a Hotchkiss sway bar, and installed Viking coilovers on all four corners. The 1972 Chevelle rides on US Mag wheels shod with Nitto rubber.

The body and paint are still original, though Bryan’s Chevelle does sport a cowl hood that was given to him by a friend. While the paint does look good from a distance, it is rather weathered in this condition. When he does eventually repaint, a color change might be in the cards. Other areas he would like to address are the trunk interior, as it has “ugly paint drips” and other imperfections that need sorting, and the engine bay is in similar condition due for a refresh. Lastly, he has a replacement carpet that is a little rough but better than what is installed currently.

"I read a lot of good reviews. I was not disappointed" 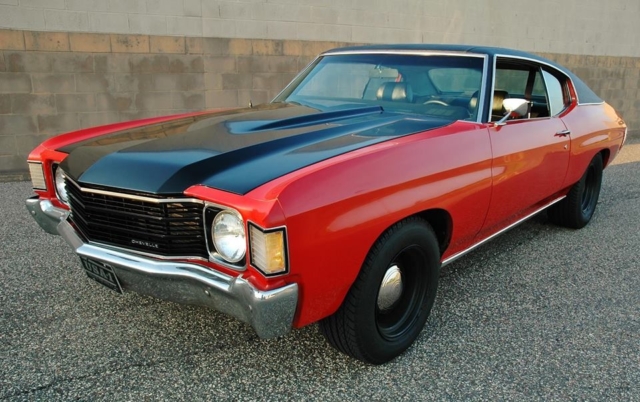 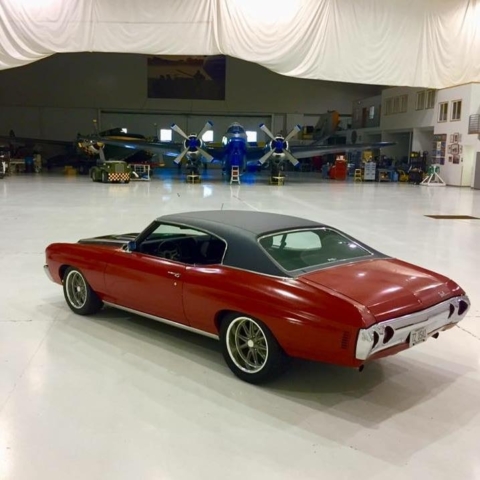 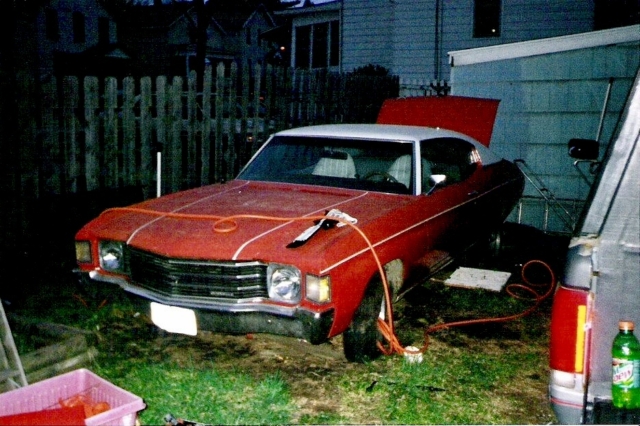 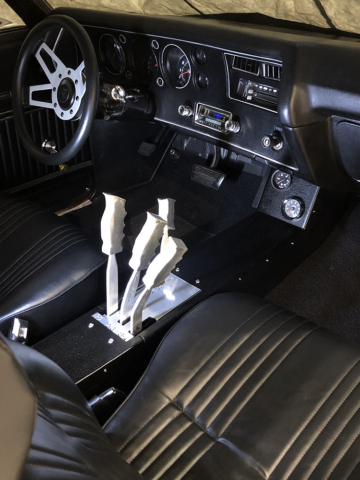 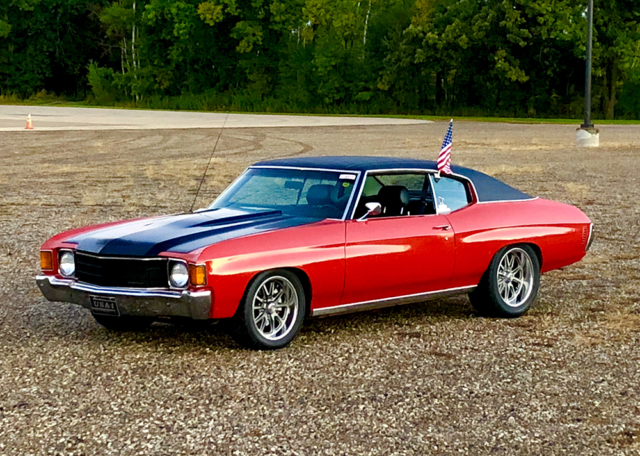 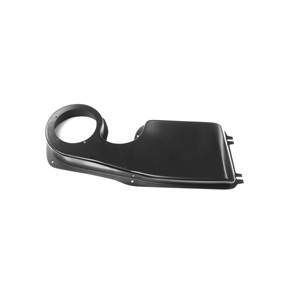 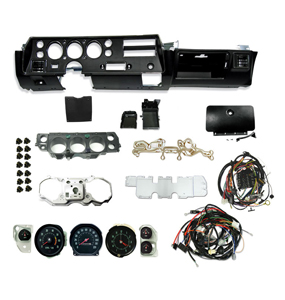 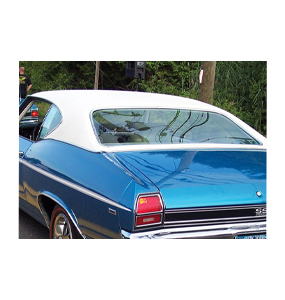 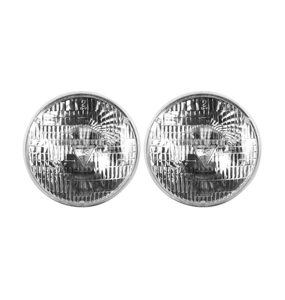 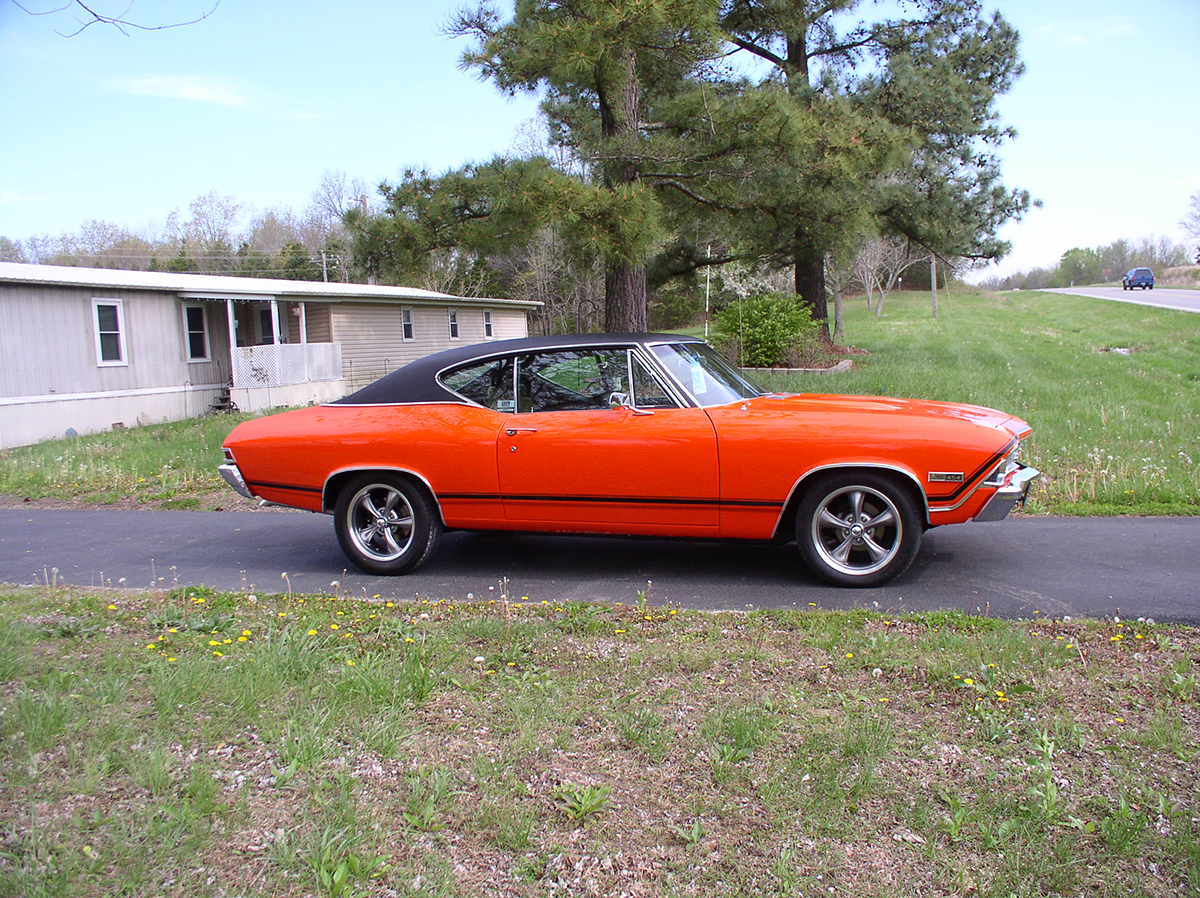 Johnny bought this 1968 Chevelle at an auction. He found out after he bought it, that it was in really bad shape. Everything was covered up to make it look 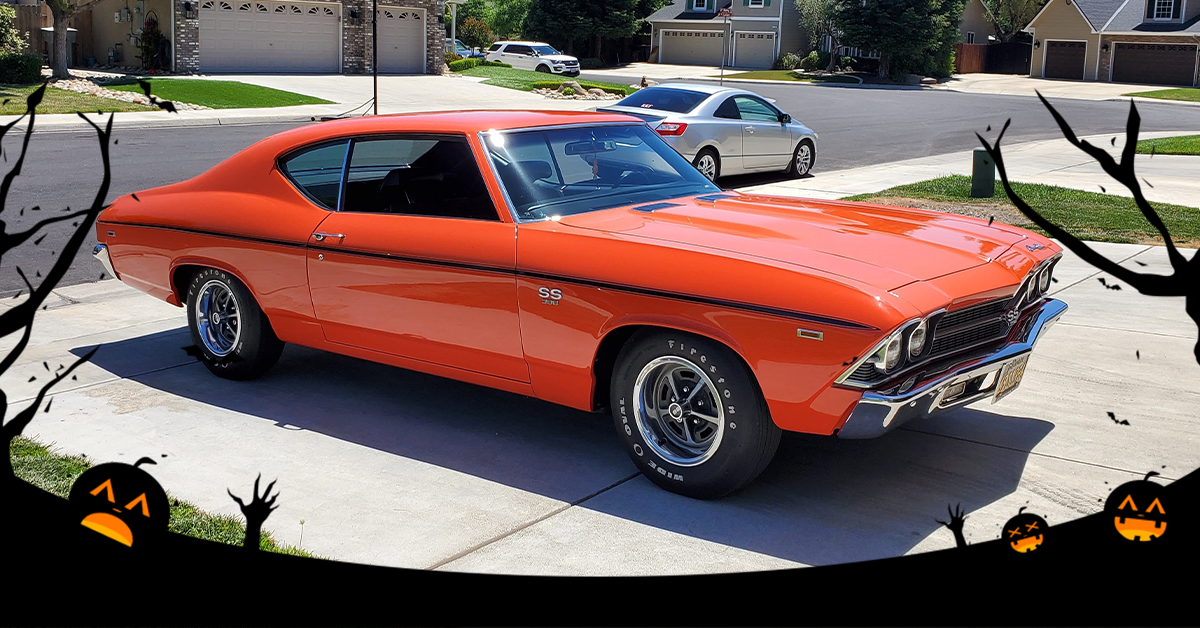 This 1969 Chevelle SS was the homerun that Dave had spent a long time trying to track down. It checked off all of the right boxes and the condition was 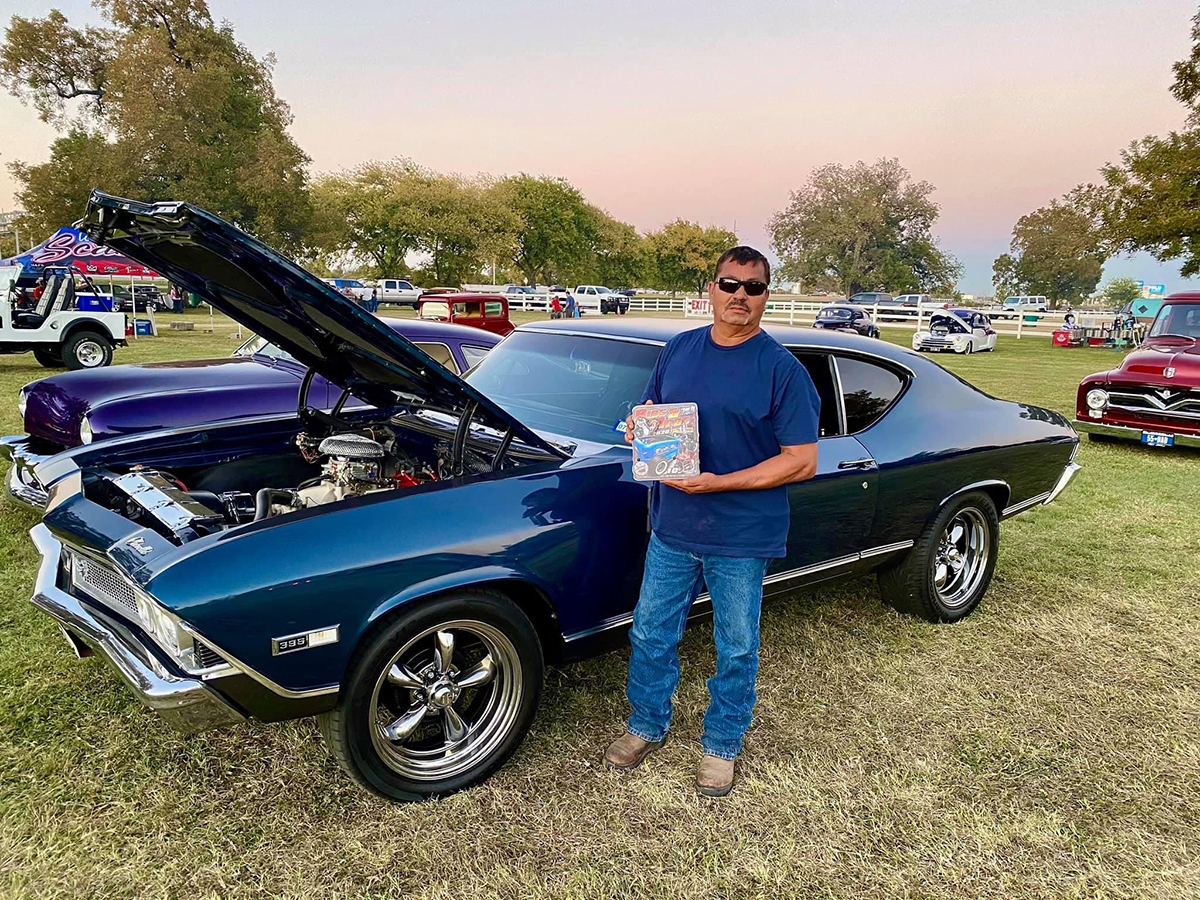 Veve was 15 years old, working at a restaurant, and a neighbor down the road had this 1968 Chevelle for sale. The neighbor let him buy it on a “layaway” 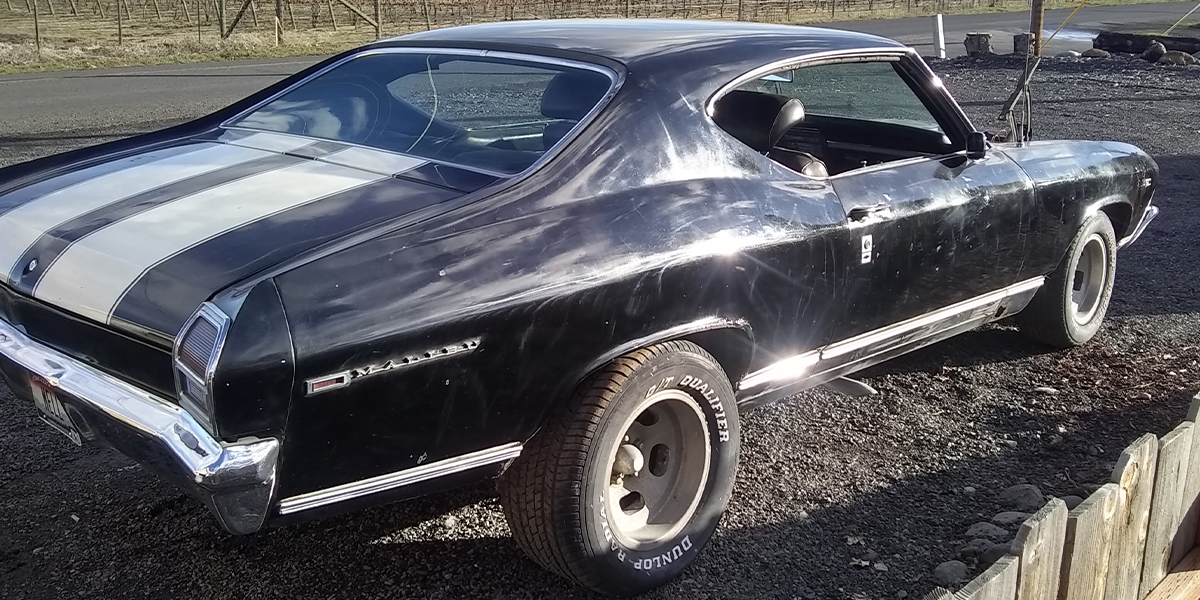 Special car with special meaning, Carl’s 1969 Chevelle is near and dear to his heart. In 2010, Carl had a 1968 Chevelle that his newly wedded wife Mellanie loved “the