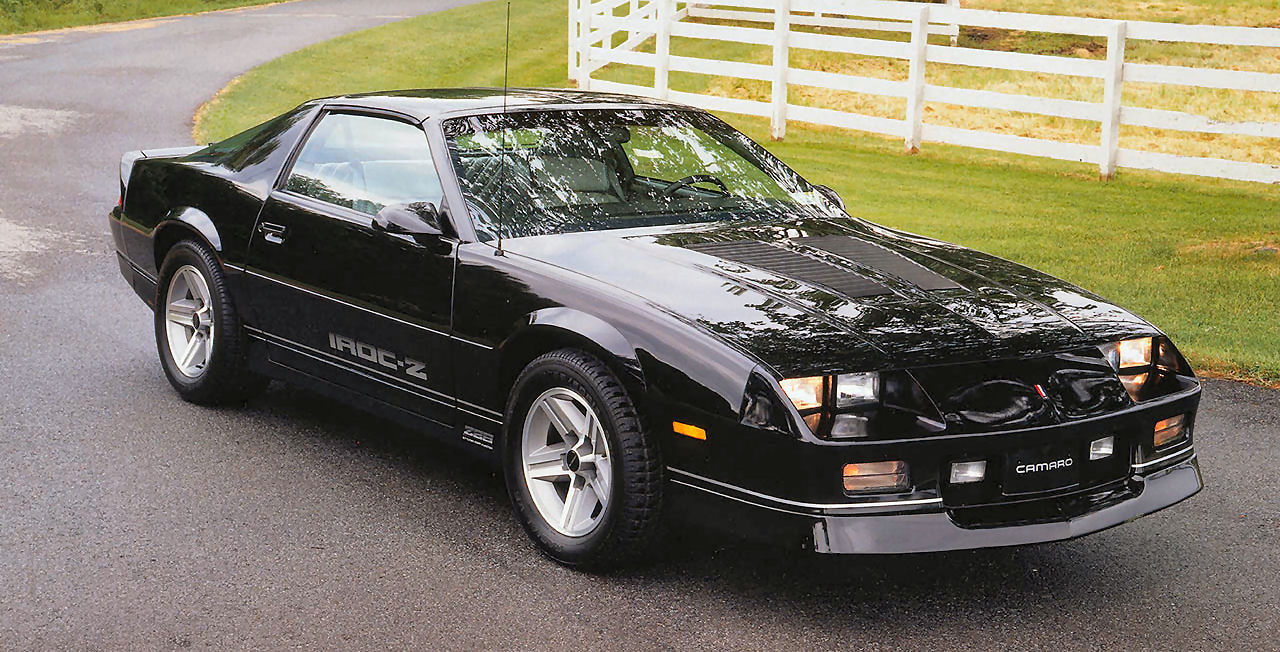 In 1987, Chevrolet offered both the 305ci LG4 and LB9 V8s with 5-speed manual transmissions in the IROC-Z. The new 350ci L98 engine, however, was limited to being backed only by an automatic.

Those IROC-Zs that were equipped with a L98 engine came with a 7.75-inch 4-pinion rearend, 3.27 rearend gears, J65 disc brakes and an option code G80 limited slip differential.

A very rare twin-turbocharged 305ci L98 engine debuted for 1987, although only three cars were ever equipped with the engine. These cars are believed to have produced upwards of 500hp and nearly 600ft-lbs of torque to the flywheel.

Based on IROC-Z models, only the second car was a convertible. All three are held by private collectors, including the first one, which is kept by GM as a historic piece.

Body wise, not much changed for most models, although the high-mount brake light was moved to the rear spoiler for Z28, IROC-Z and the newly introduced LT (which replaced the Berlinetta) model. On base Camaros, it remained attached to the rear hatch glass because of the base model’s lack of a rear spoiler.

The 1987 model year also brought about the first Camaro convertible option since 1969. This option was actually a pre-delivery conversion option done to T-top cars of the Sport Coupe, LT and IROC-Z varieties by the American Sunroof Company. Only about 1,000 convertible conversions were done prior to customer delivery, while an additional few were done post-delivery by the same company.