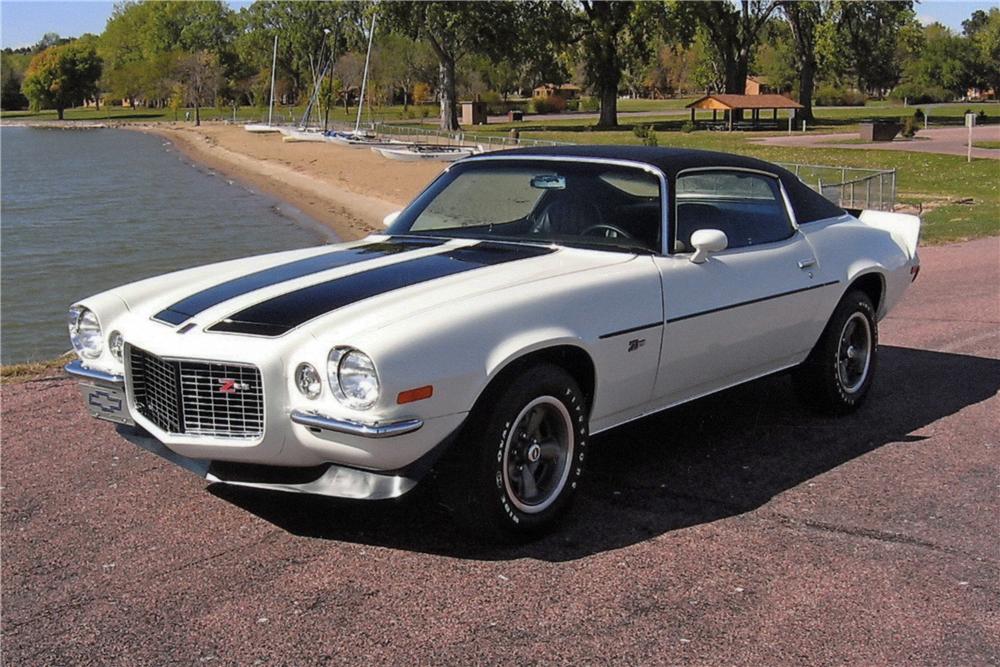 1973 appeared promising for the Camaro despite the previous years problems and continued turmoil from federal regulations. Sales slightly increased from the previous year due to Chevys engineering of the Camaros bumper. While the rest of the industry was installing battering ram style bumpers on their cars Chevy was able to design bumpers that would pass federal regulations including the Rally Sport bumpers.

The 1973 Camaro saw a nicer interior and the Super Sport option was no longer offered. The  Super Sport option was replaced with the Stylish Type LT model. The Type LT model was added as a luxury package and included a V8 (L65) and several trim items. The Type LT could have be ordered with RPO code Z28, and if the Rally Sport option was also ordered, you could have yourself a Type LT/RS/Z28 Camaro. While the Z28 was still being cut down power-wise,  Air Conditioning was available for the 1st time on the Z28. Fans were also sadly disappointed to find out that the 396 BB V8 was no longer available. Despite all the drops in performance, production was up for the 1973 Camaro! 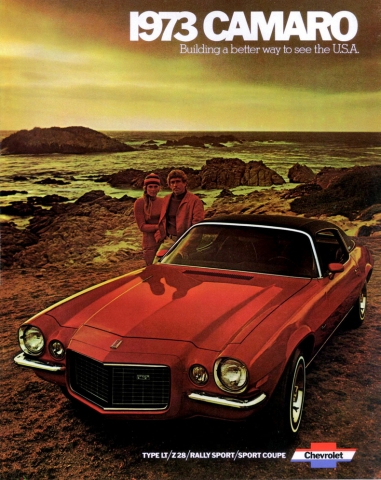 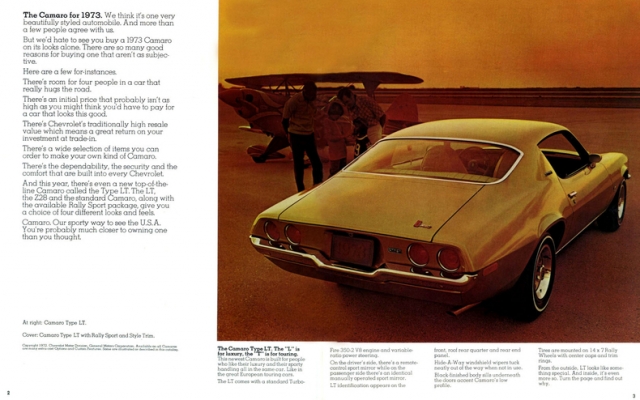 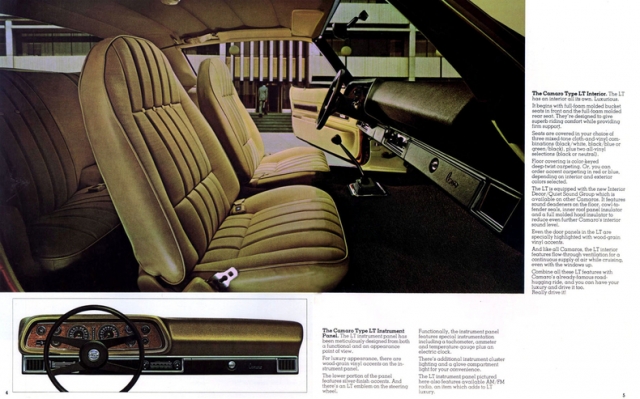 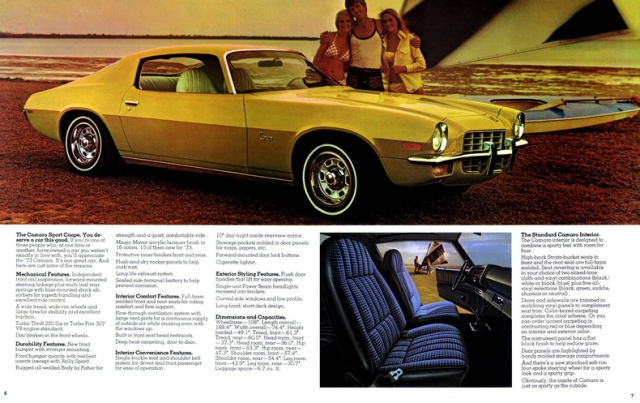 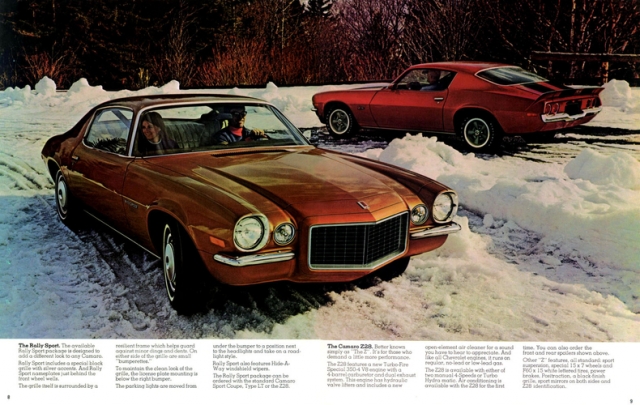 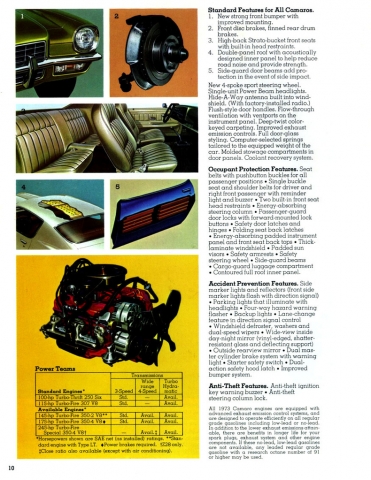 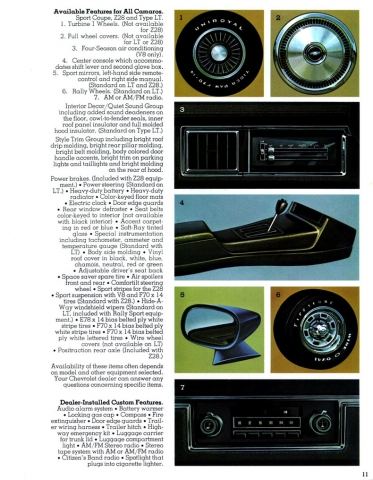 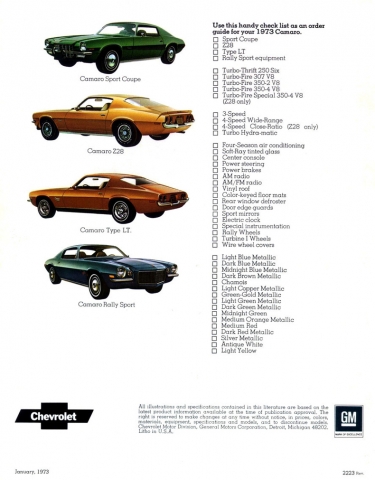 Option prices are retail for base model. Prices could be reduced or option could be had at no charge if it was included as standard equipment on the Z28, Rally Sport, Type LT or some other option package.

Click here for information on How to verify a Rally Sport

Z28 Verification: The 5th digit of the VIN will read “T”. Period

Air conditioning became available as a Z-28 option for the first time, A/C option with manual trans required M20. Rear “Z28 emblem” is now a foil decal. Price of Z28 package lowered. The Z28 option could be ordered/combined on the Type LT model. U14 instrumentation is now optional