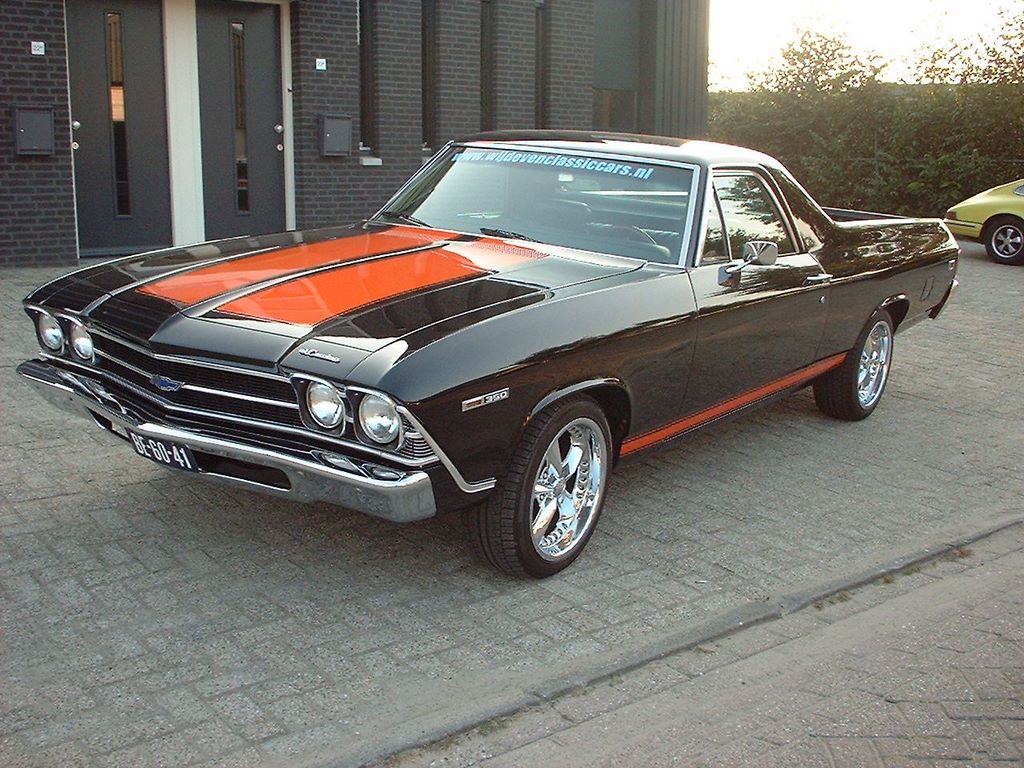 The 1969 El Camino received only a minor facelift from the previous model year. A new finned grille decorated with three horizontal chrome moldings.

The reverse lamps were also moved into the tailgate and red reflectors filled up the rear bumper indentations. The SS396 was made back into an option instead of a separate model a new 396 big block engine with 375 horsepower was added to the lineup.

To complement the wide variety of available colors were the available drive train combinations that could be opted for on the 1969 El Camino. Base power was had by one of two available six cylinder engine. Buyers who wanted more power could opt for a V-8.