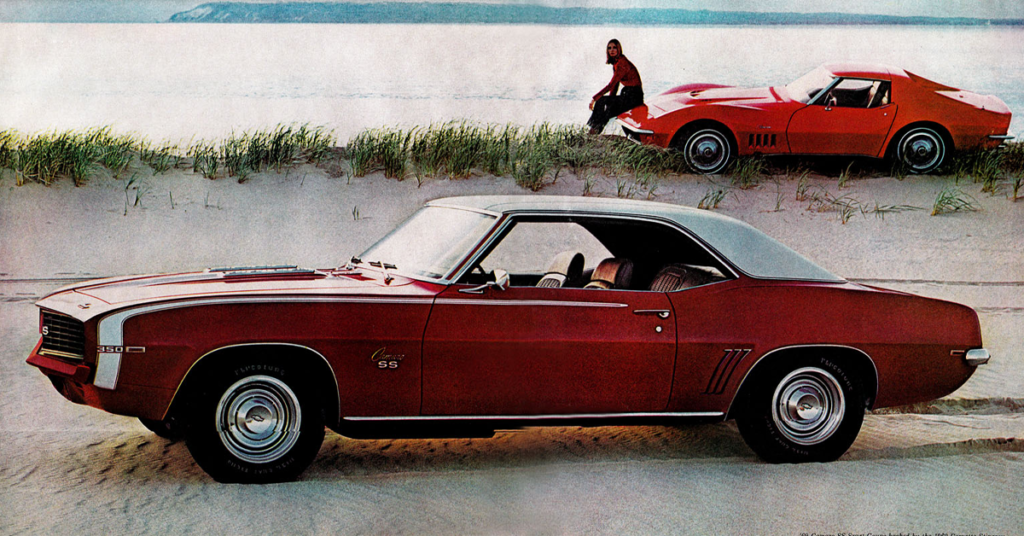 The 1969 Camaro marked the last of the first generation and is arguably the most popular.

While it shared the same basic body style as its earlier siblings, it featured entirely new, more aggressive-looking sheet metal and an entirely revised grille. The familiar coke bottle shape was flattened more to give the 1969 Camaro a lower and wider looking stance. The grille was much more angled, and the parking lamps were moved to the lower front valance below the bumper. Other than the roof, hood, and decklid, the 1969 Camaro doesn’t share very much sheet metal with earlier models.

The 1969 Camaro was available in many different configurations. From a plain-Jane sport coupe to asphalt eating Super Sport, there was something for everyone!

All 1969 Camaros shared the same body unlike the Chevelle and were available in either coupe or convertible. Buyers could choose from the base model Sport Coupe, drag strip ready Super Sport, or road racing Z/28. The Rally Sport option with hidden headlights could be added as a separate appearance package to any model, which could produce an RS/SS or RS/Z28 if so desired. This year also saw the reintroduction of the Indy 500 Pace Car replica.

Interiors were only available with bucket seats and were available in a variety of colors and styles, and headrests would become a standard feature rather than an option.

Slight redesigns were also implemented to distinguish the interior from earlier model years, such as new square gauges and a switch from walnut woodgrain to rosewood when certain options were selected. Standard interiors were available in Black, Dark Blue, Red, White, Light Green, or Dark Metallic Green. Buyers who ordered a deluxe interior received unique door panels with molded-in armrests and Comfortweave seats with color choices of Black, Dark Blue, Light Green, Dark Metallic Green, or Red. Even rarer was the deluxe Houndstooth interior with unique pleats in Black, Orange, Yellow, or White. A fold-down rear seat was available but also very rarely purchased. An optional console was available with or without gauges included.

Complementing the wide variety of available colors were the available drive train combinations that could be opted for on the 1969 Camaro, up to fifteen in total.

Any buyer who selected an SS model Camaro would receive one of potentially 5 available high output V8s. The entry SS350 was the L48 350ci/300hp small block, while an SS396 Camaro received four different big-block 396ci options. These were the L35/L34/L78/L89, which each was respectively rated at 325/350/375 horsepower. The L78 and L89 were both rated to 375 horsepower, but the L89 received aluminum heads whereas the L78 heads were made of cast iron.

In addition, the special Z/28 Camaros were the only trim that offered the exclusive 302ci/290hp small block which was meant to conform to the Trans-Am series’ restrictions regarding engine displacement. Some select dealers had also been using the COPO (Central Office Production Order) system to order high-performance Camaros that were not otherwise available from the factory. These COPO Camaros could either have the L72 427ci/425hp big block or the ZL1 427ci/430hp big block. The main difference between the two consisted of the L72 is an iron block while the ZL1 was an aluminum block.

Transmission choices were nearly as varied as engine choice for 1969.

When a 4-speed manual was ordered on a lower performance engine, a Saginaw M20 was the transmission that was used. The Muncie M20 wide-ratio 4-speed was the standard 4-speed manual offered for higher performance engines. The close-ratio Muncie M21 became available starting with the L34 396ci/350hp engine and above, while the range-topping HD Muncie M22 “rock crusher” was only available as an option on L78/L89/Z28/COPO equipped Camaros.

About 243,000 1969 Camaros were produced in total for the model year. Due to delays with the redesigned 1970 second-generation Camaro, the 1969 production was extended four months to run up until November 1969. 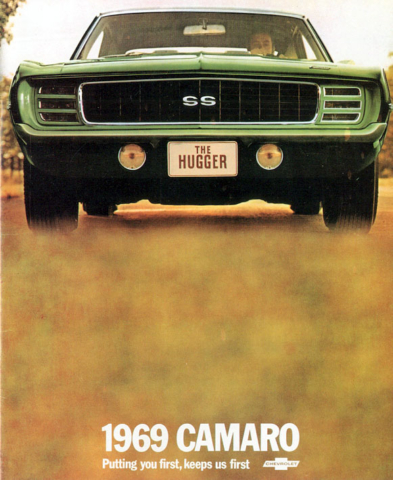 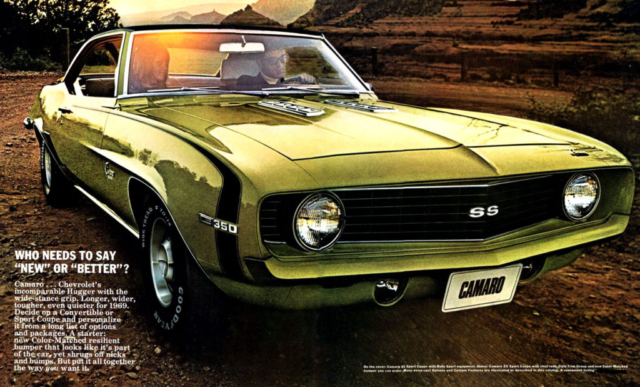 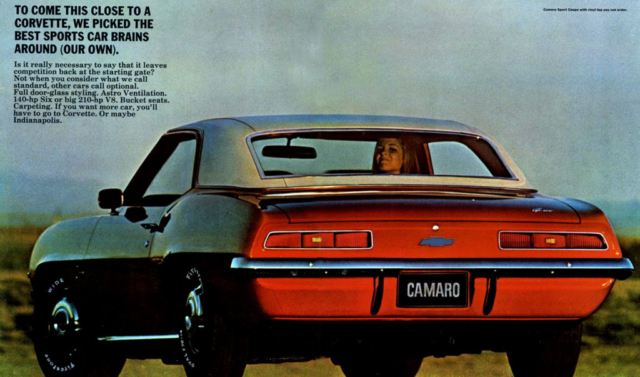 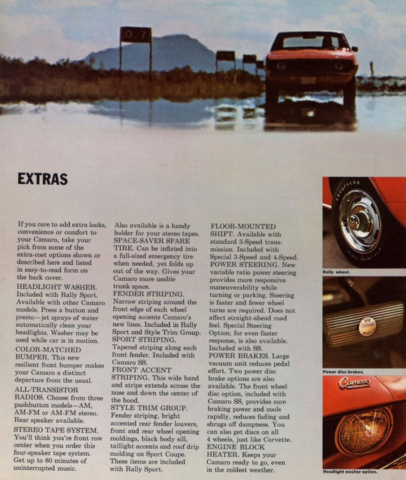 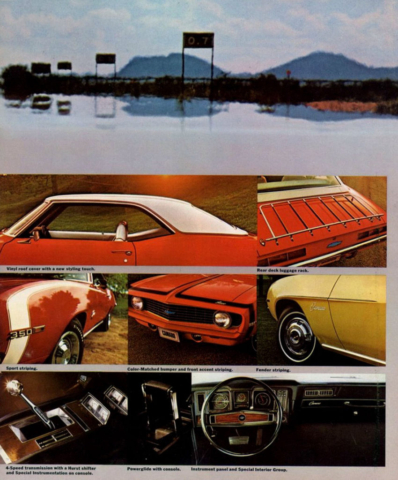 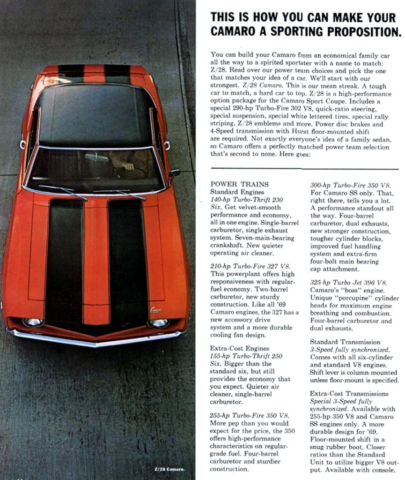 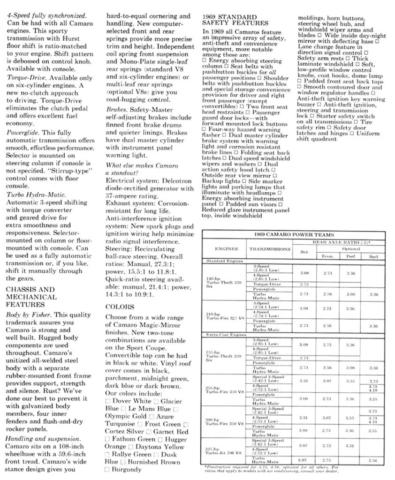 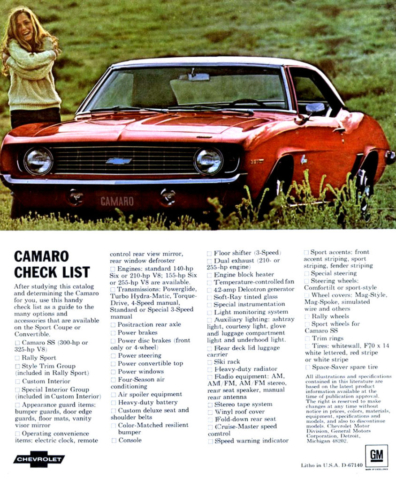 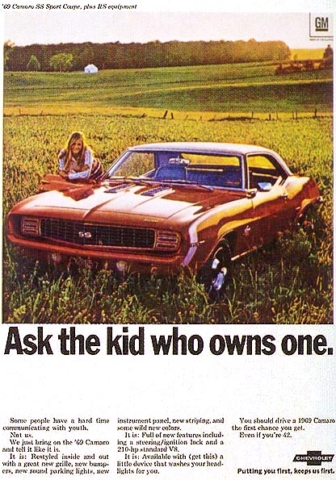 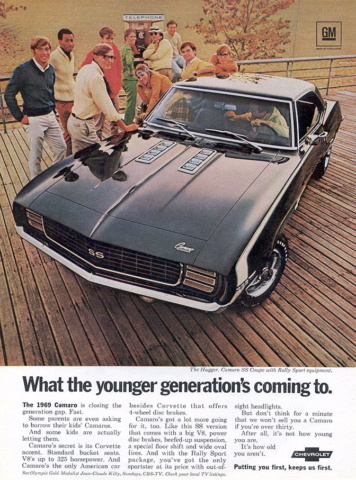 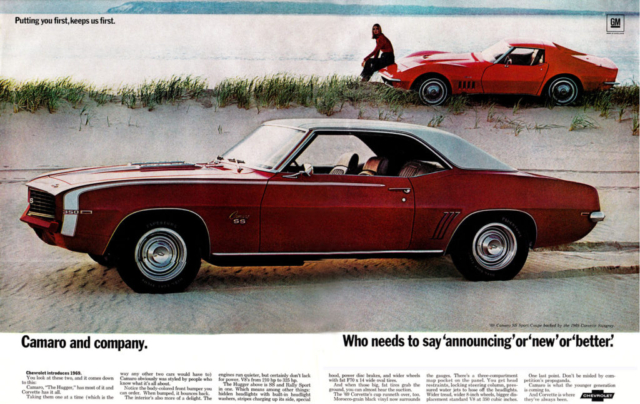 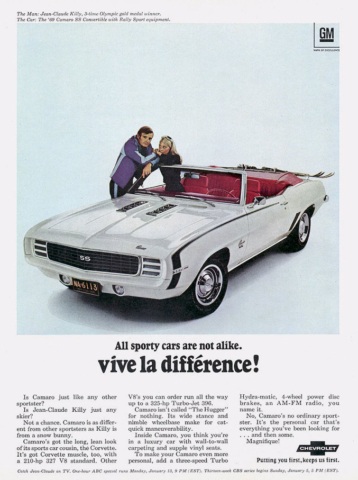 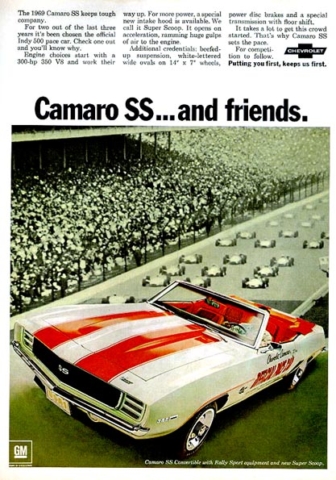 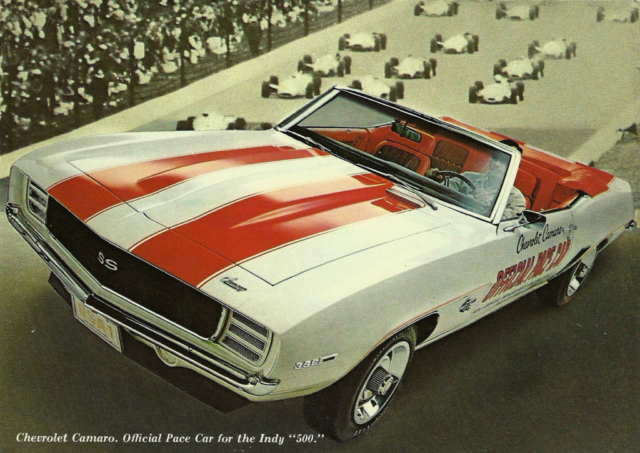 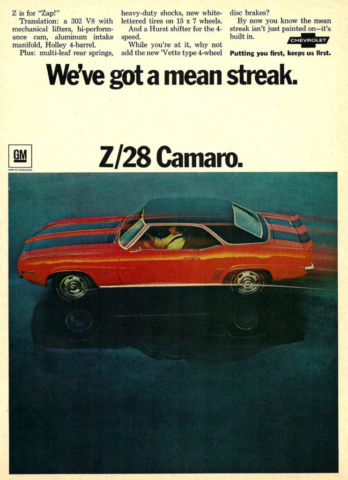 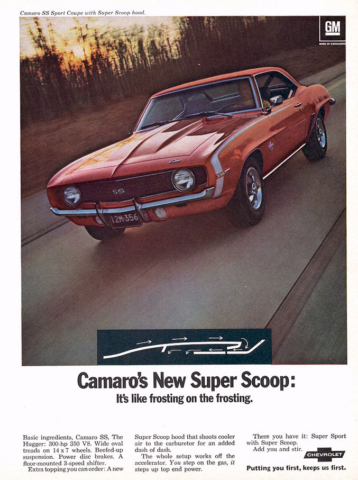 *The optional Z/28 package offered an exclusive 302ci/290hp small block which was meant to conform to the Trans Am series’ restrictions regarding engine displacement.

Only 50 ZL1’s, the aluminum-block 427, were installed in Camaros by the factory, leaving an additional 19 that were dealer installed. 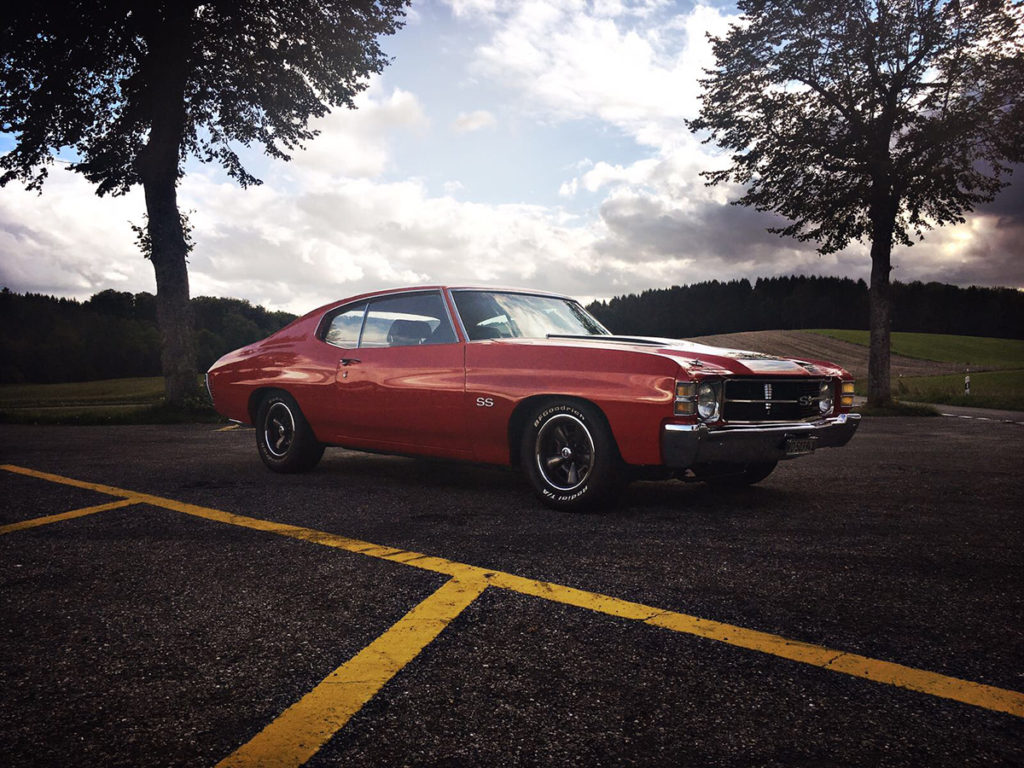 Jeff acquired this 1971 Chevelle in 2009 in Switzerland, completing a full frame off restoration afterwards. The factory equipped small block 350 was not quite 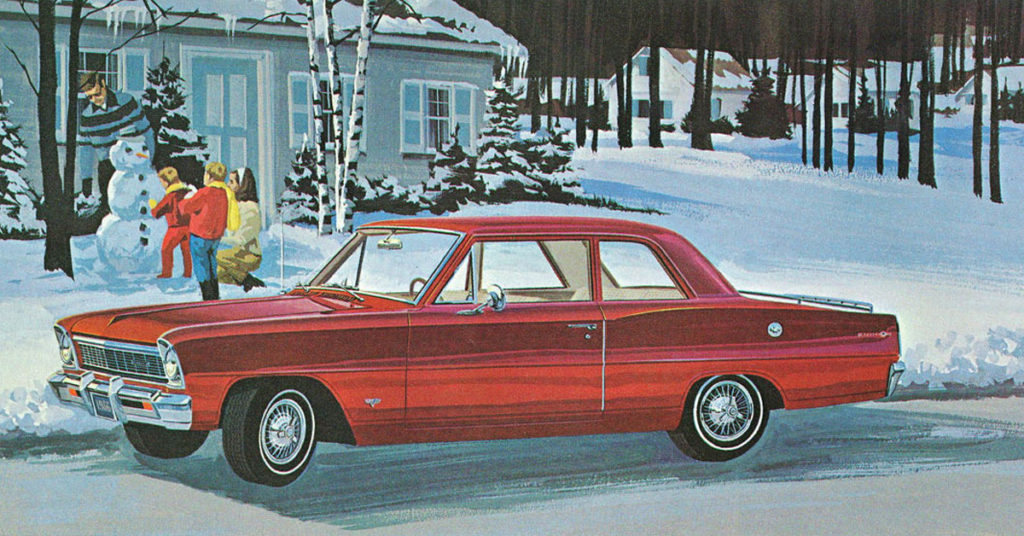 Missing Something This Holiday?

Missing Something This Holiday? Get FREE UPS Ground. shipping on eligible orders over $99! 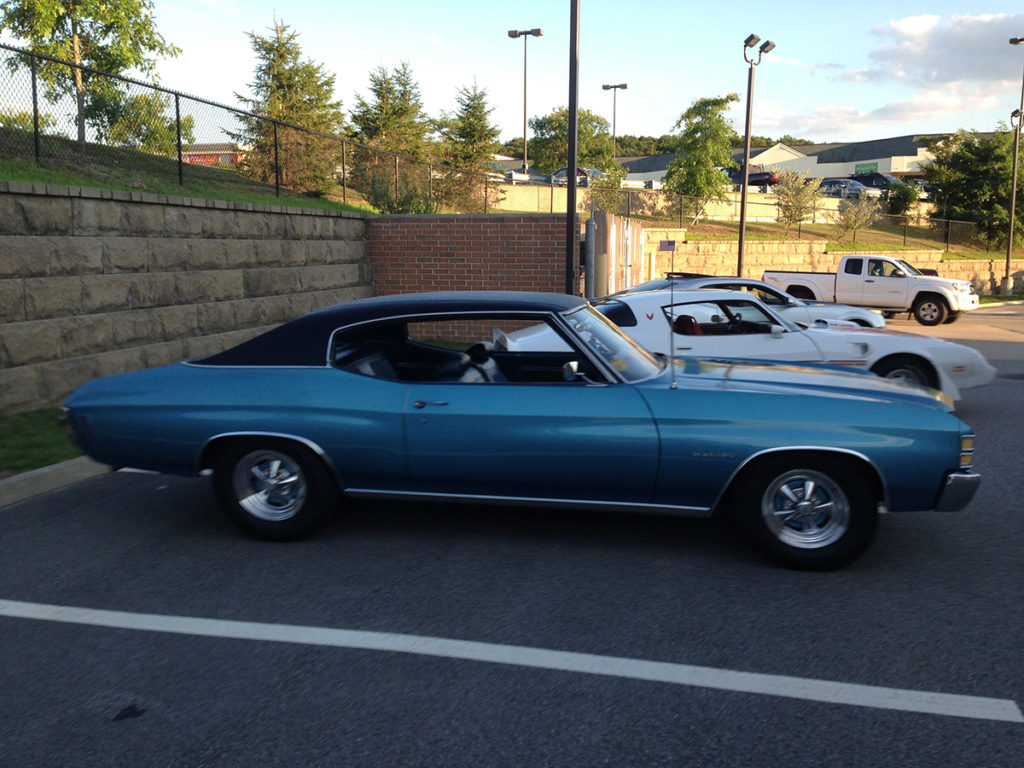 Twenty-eight years ago, Bill was playing flag football with a friend. At the time, his aunt bought a 1971 Chevelle Malibu, kept it in the