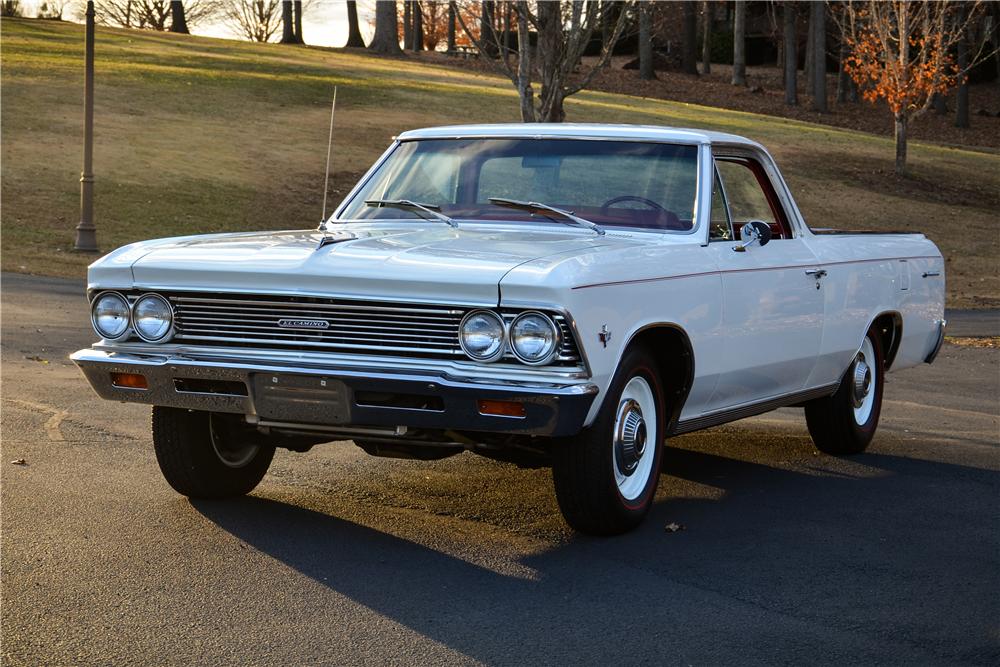 The 1966 Chevrolet El Camino kept the same bed design as 1964 El Camino and the 1965 El Camino, but the end sheet metal received numerous updates. The fenders of this El Camino featured a wrap around design and the grille was wider and lower.

The 1966 El Camino trim was available in two levels including the base model El Camino and the El Camino Custom. The base level El Camino featured more trim than the previous year including a bright tailgate latch, bright windshield molding, and chrome hood molding.

To complement the wide variety of available colors were the available drive train combinations that could be opted for on the 1966 El Camino. Base power was had by one of two six cylinder engines. Buyers who wanted more power could opt for aV-8. Manual transmissions were either 3 speeds or 4 speeds and the only available automatic transmission was the 2 speed Powerglide.