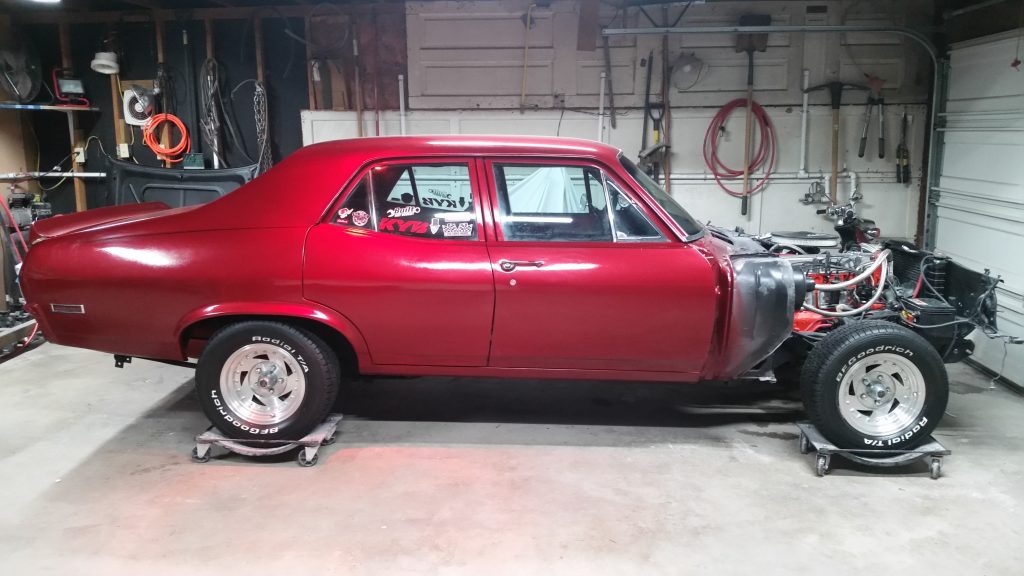 Both Ryan’s mother’s and father’s first cars were Novas, she had a 1972 Nova and he had a 1975 Nova. When Ryan was just nine years old his dad got him a Johnny Lightning Nova matchbox car and it was then Ryan knew he wanted one and was going to have one eventually…

Fast forward to January 13th, 2018, Ryan’s childhood dreams finally became a reality when he received his car at the age of 22. Its a 1972 4-door Chevy Nova with a 250 straight six and a power glide transmission. Ryan and his father got together and began a full resto-mod restoration on the car. Ryan and his dad did everything on my car themselves, from bolt-to-bolt on the rebuild, down to even the bodywork and painting it. Ryan says

“For this being our first car restoration I don’t think we’ve done a bad job so far.”

Ryan added things that he always wanted to have on a Chevy Nova and his dad did the same. In the end, they ended up with a custom interior, a 1968 Camaro spoiler that Ryan modified and extended to fit the body lines, and a custom stereo system with little custom touches to set it apart. Ryan even has a supercharger for the straight 6 that he will be putting on the car this summer (2019)  that should give this straight six nova a little extra pep in its step.

Check out these photos taken by Ryan! 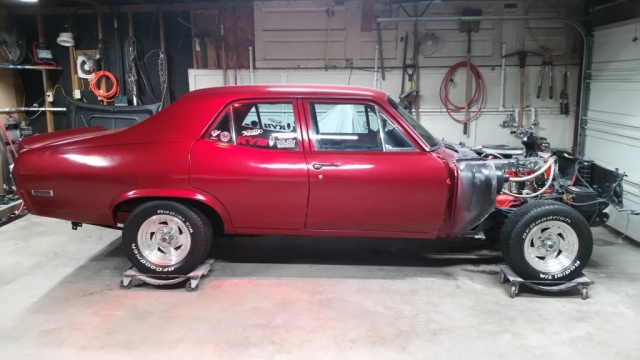 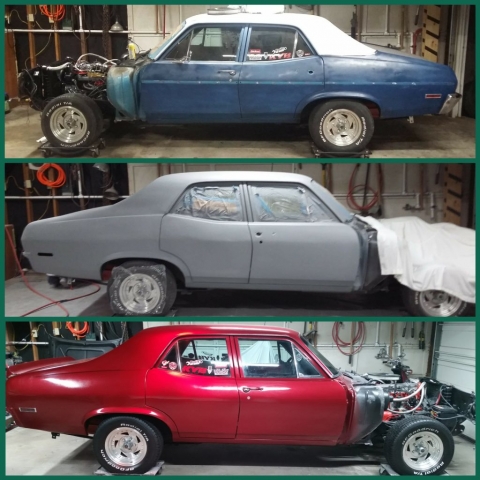 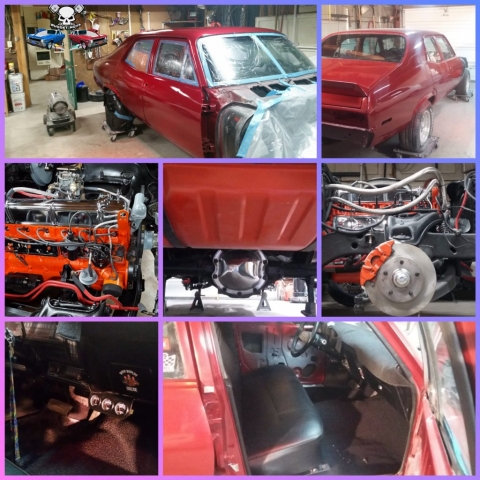 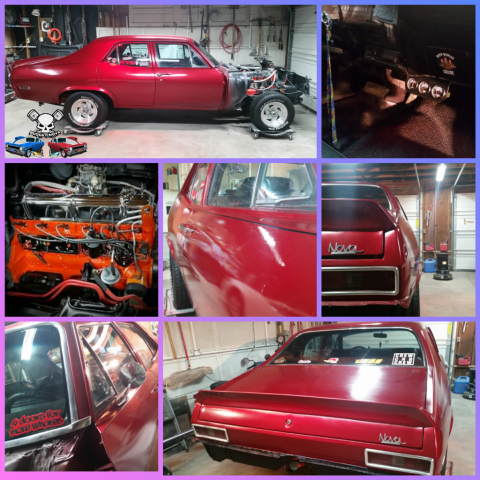 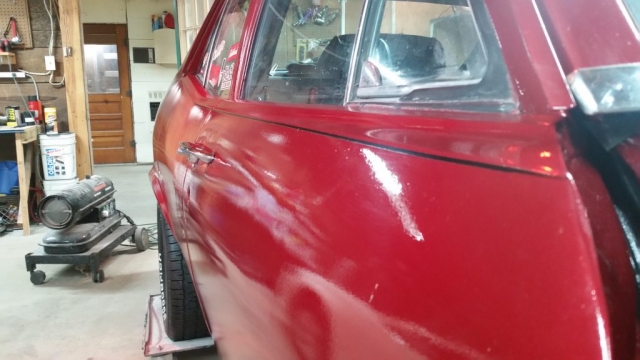 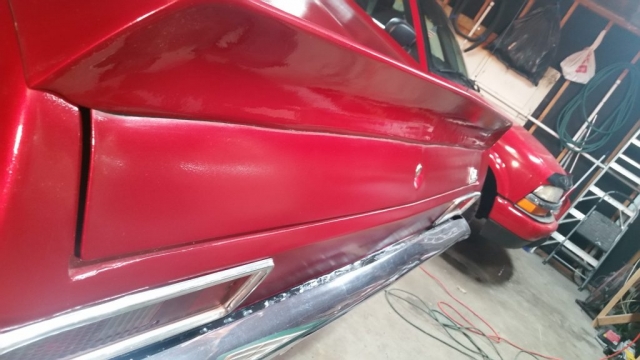 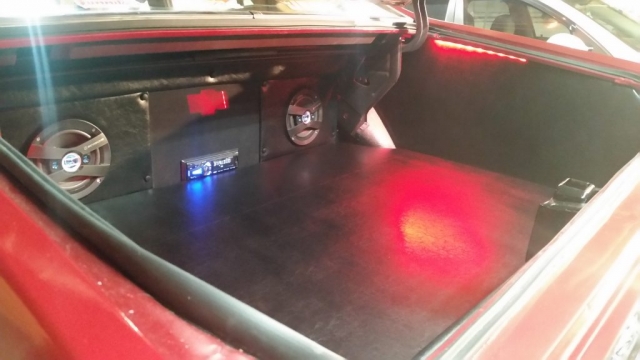 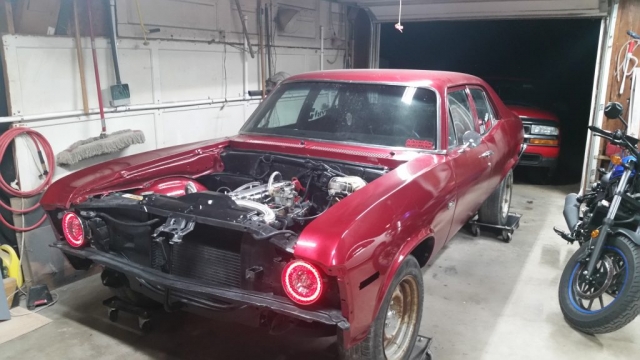 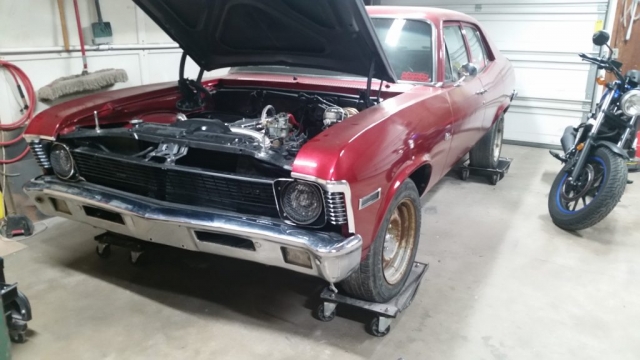 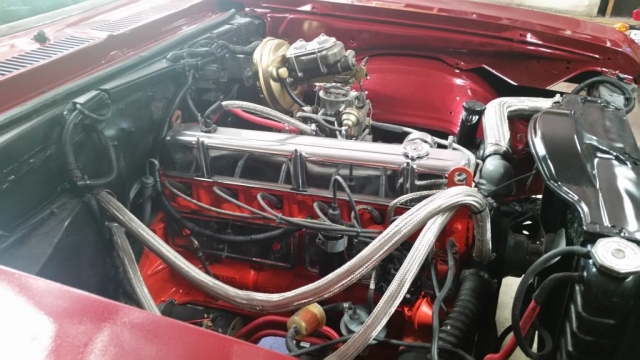