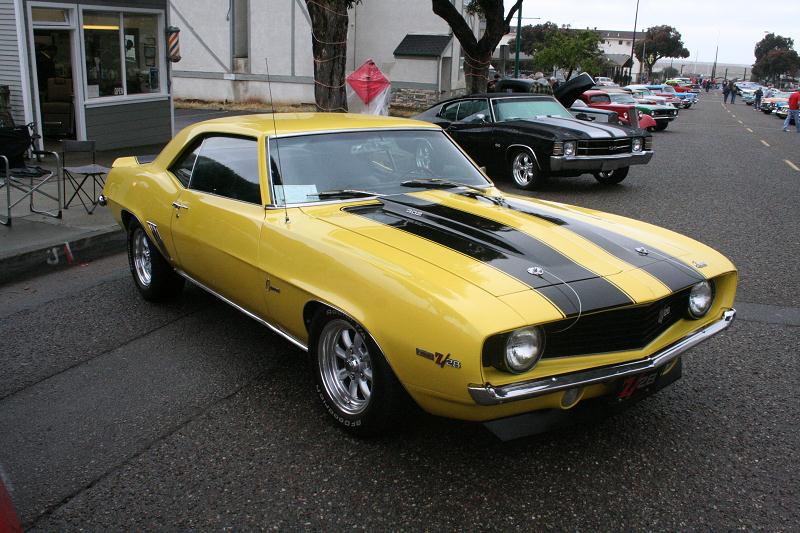 Manny Fernandez’s customer car feature begins with him looking for a Super Sport or Z28 Camaro to restore. Manny was looking for a solid year trying to find the Camaro that was just right for him to restore when he found the Camaro you see above in Madera, CA in 1999. The car was in pretty good condition when Manny found it, but it had a 350 cubic inch crate motor in it. Luckily for Manny, the owner had the Camaro’s 302 cubic inch powerplant sitting on an engine stand ready to be reunited with this classic.

Manny restored the car over the course of a couple of years and has now had it in his possession for over 20 years. The 1969 Camaro is equipped with a 302 cubic inch  DZ motor producing 290 horsepower coupled to a 4-speed M21 Muncie transmission. Manny’s 1969 Camaro is finished in his favorite color Daytona Yellow (GM Code 76) with painted black Z28 Stripes.

Several years ago Manny added a cross-ram with 2 Holley carbs and tried to complete his 69 Camaro build as a replica Trans-Am race car with mini-lite Trans-Am wheels. Manny says;

“I like the compliments and awards I have won showing this 1969 Camaro through the years and I plan on keeping this classic in the family for years to come.”