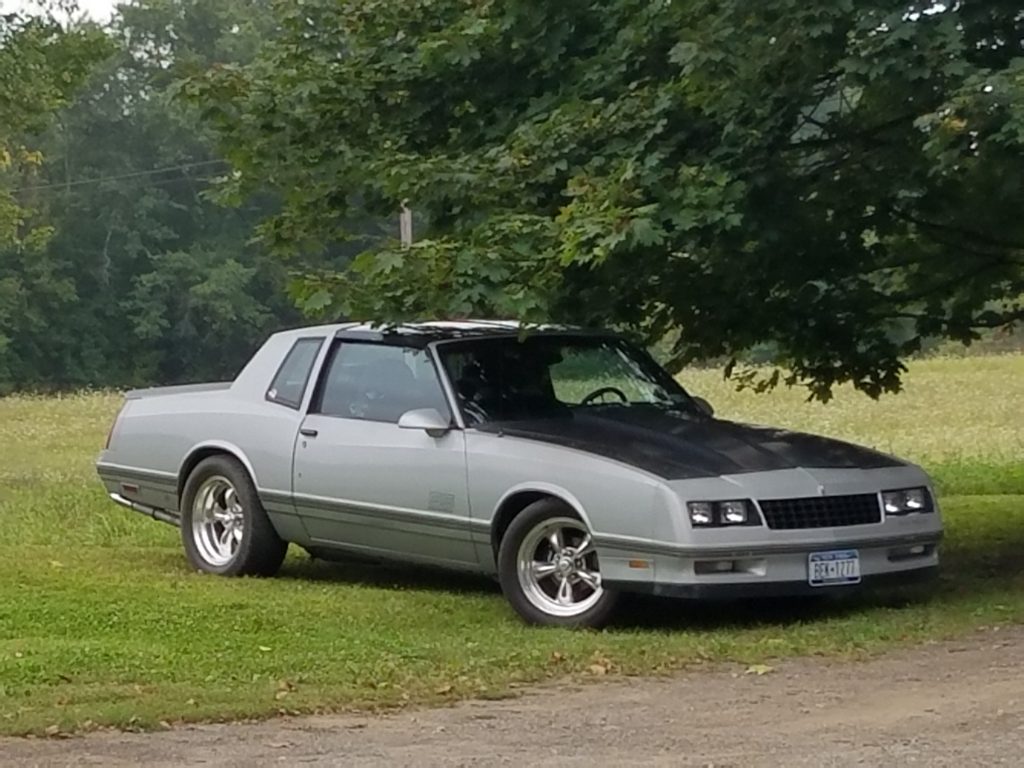 Joshua Wilkin’s has owned this 1987 Monte Carlo Super Sport for over 16 year being purchased back in 2003. Since Joshua purchased the car he’s performed a number of updates to bring the car into the 21st century. On the exterior Joshua stuck to the original styling of the 1987 Monte with a few subtle adjustments. The most noticeable change is found up front with a 2″ cowl hood purchased from Ground Up SS396.com. Other notable changes are a set of Chrome American Racing Torq Thrust 2 wheels and upgraded rubbers.

For a powertrain Joshua went with a 355 fuel injected small block coupled to a Muncie 4-speed transmission which is producing around 450 horse power! Under the 87′ Monte Joshua installed a pro-touring suspension to get it around those corners with increased speed and performance. Joshua says

“The car is a blast to drive and never fails at putting a smile on my face.”

At the end of the day isn’t that what its all about? Nice car Joshua! -Team Ground Up

“I got the cowl hood from Ground Up and a few smaller parts. Plenty of more to come though” -Joshua Wilkin’s