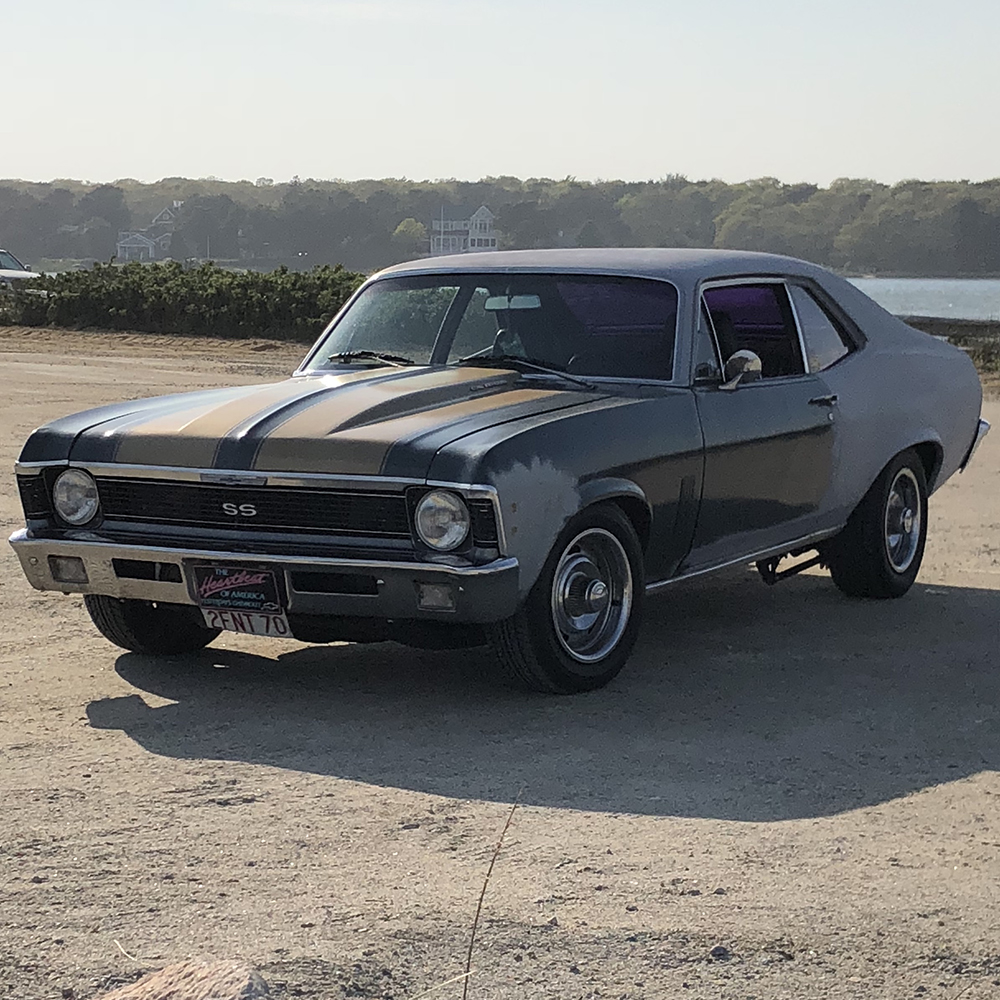 Jay bought this 1970 Chevy Nova back in 1966, sight unseen, straight out of a junkyard. Jay got the junkyard 1970 Nova back up and running and used it as a daily driver up until late 2007.
With many years on the road and going through day-in-and-day out driving the 1970 nova really started to show its age and where it came from.  So, in 2009 Jay deiced to retire it as a daily and started redoing it to bring its back to its before junk yard roots.  While Jay was re-touching this 1970 Nova he made the decision to switch things up a bit. Jay finally got the car back up and running in 2016 and was finally able to drive it again after 7 long years of work.
This 1970 Nova started its life as a 6 cylinder power-glide car that was left to rot in a junkyard. Now it has a big block, turbo 400 and 12 bolt rear-end with 4 wheel disc brakes! Jay says

“I’ve gotten so much parts from Ground Up I couldn’t even begin to start mentioning what they are.”