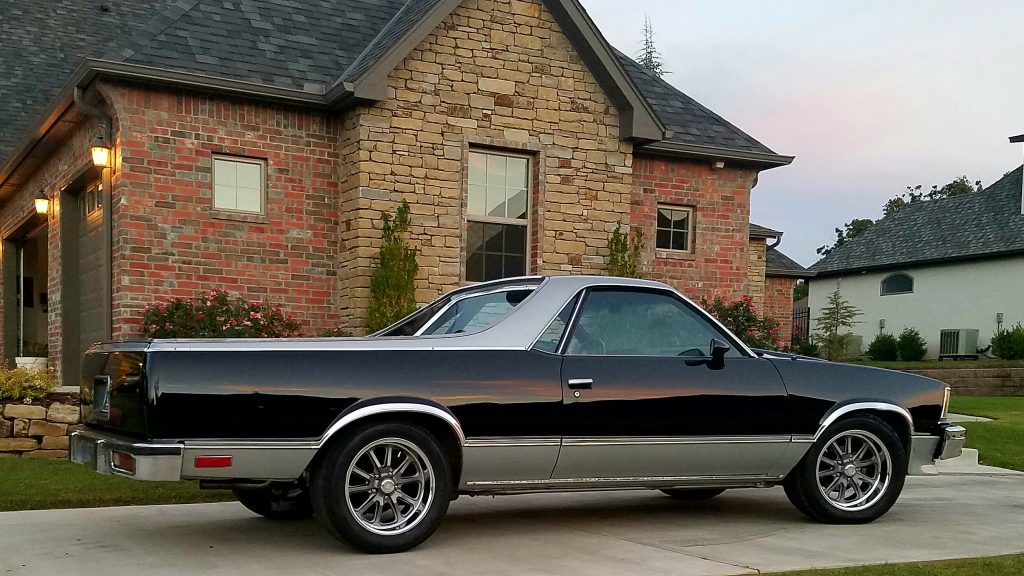 The story all begins with a man named Craig Davis (Cole’s Father) who fell in love with this 1979 El Camino when he first laid eyes on it in 1980. Craig bought it from a local dealer and drove it for just about 10 years when he decided to buy a new 1989 GMC pickup. At that time Craig’s father-in-law asked if he could buy it and without having a need for it Craig sold it to him.  Craigs father-in-law proceeded to drive the 1979 El Camino until 2008 when he surprised Craigs 14 year old son (Cole Davis) with the title in his name for his 15 birthday!

Craig and his son Cole spent the following year fixing it up with the intentions of it being Cole’s first car that he’d drive to High School. Now another 7 years have passed and Craig and Cole finally took the original 300,000 mile 305 out and are installing a fuel injected LT1 and 4L60E. The El Camino is still going strong and more importantly after 39 years it’s still in the family!